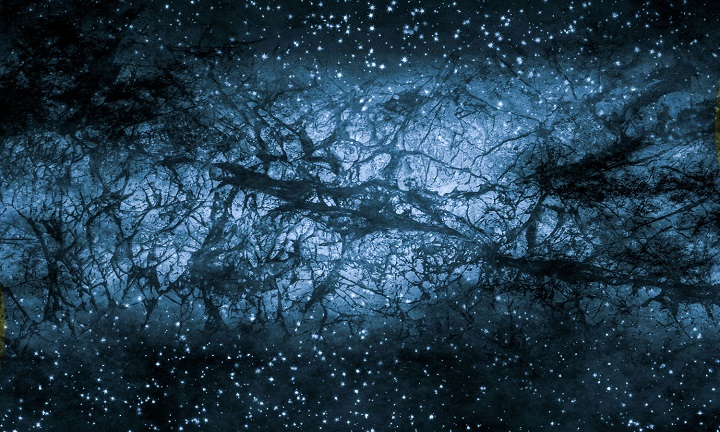 What is Dark Matter?

Beside Dark Energy, the second largest component of the universe is Dark matter, Approximately 85% of the matter in the universe, and about a quarter of its total energy density where total mass–energy of the universe contains 5% ordinary matter and energy, 27% dark matter and 68% of an unknown form of energy known as dark energy.

Dark matter cannot be seen directly, it is too dense and small to absorb or emit enough radiation to be detectable by current imaging technology, Its presence is implied in a variety of astrophysical observations, including gravitational effects that cannot be explained by accepted theories of gravity unless more matter is present than can be seen.

Primary evidence for dark matter comes from calculations showing that many galaxies would fly apart, or that they would not have formed or would not move as they do, if they did not contain a large amount of unseen matter.

This three-dimensional map offers a first look at the web-like large-scale distribution of dark matter, an invisible form of matter that accounts for most of the Universe’s mass. The map reveals a loose network of dark matter filaments, gradually collapsing under the relentless pull of gravity, and growing clumpier over time.

How we are searching for it?

Why do we Care?