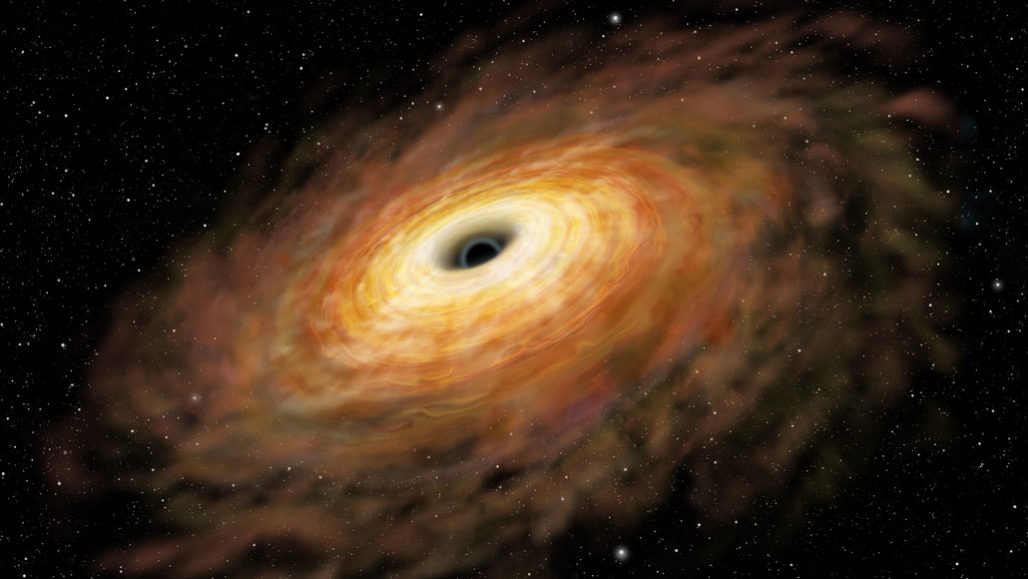 Scientist confirmed recently that in every galaxy there’s a black hole in the center, most are assuming that this black holes are the heart of the galaxies. All the matter in the Universe, the space and even time, itself, was released during this Big Bang 15 billion years ago.

Hundreds of millions of years followed before matter started to collect into vast clouds then coalesce and collapse, under its own weight, into the first stars.

The first stars were huge, hot and powerful. They consumed vast amounts of material and therefore only shined for a few hundred million years. For comparison, our Sun has been shining for over four and a half billion years.

When the nuclear fuel powering the first stars became exhausted, the explosion that followed threw off material that became incorporated into the next generation of suns. But, due to their prodigious mass, their cores continued to shrink until they became gigantic black holes, millions to billions of times more massive than our Sun.

These first black holes were both destroyers and creators- swallowing material that came too close while throwing jets of high-energy particles and radiation generated by their violent feeding frenzy.

The jets, which can be millions of light-years in length, are believed to have triggered the formation of successive stellar generations and thus seeded the first galaxies with starlight. Therefore, these original supermassive black holes most likely arose prior to and helped in the creation of the galaxies that continue to spin about them. They were essential to galactic evolution (they still are!) and, in the long run, to the creation of our Sun, our planet and our very existence. They are both the universal omega and the cosmic alpha.

The surroundings of a supermassive black hole, typical of that found at the heart of many galaxies. The black hole itself is surrounded by a brilliant accretion disc of very hot, infalling material and, further out, a dusty torus. There are also often high-speed jets of material ejected at the black hole’s poles that can extend huge distances into space. Observations with ALMA have detected a very strong magnetic field close to the black hole at the base of the jets and this is probably involved in jet production and collimation.

The material ejected from the region around the supermassive black hole in the quasar SDSS J1106+1939. This object has the most energetic outflows ever seen, at least five times more powerful than any that have been observed to date. Quasars are extremely bright galactic centers powered by supermassive black holes. Many blast huge amounts of material out into their host galaxies, and these outflows play a key role in the evolution of galaxies. But, before this object was studied, the observed outflows weren’t as powerful as predicted by theorists. The very bright quasar appears at the center of the picture and the outflow spreads about 1000 light-years out into the surrounding galaxy.

Is there a black hole in our galaxy The milky way?