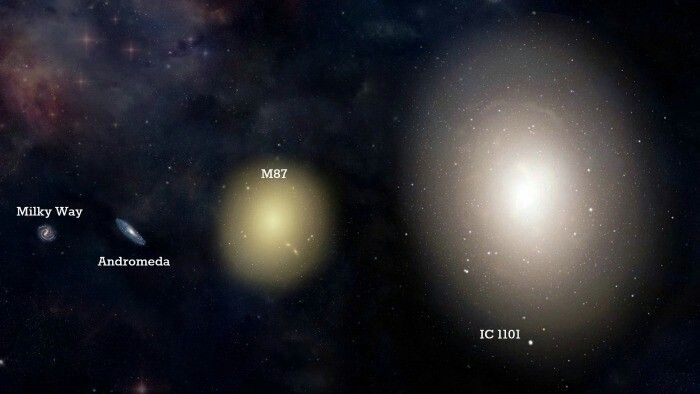 IC 1101 is a supergiant elliptical galaxy, and the largest known in the observable universe.

It was discovered by British astronomer Frederick William Herschel I in 1790 and confirmed as an independent galaxy by Edwin Hubble.
Scale:
The IC 1101 is over 50 times larger in diameter than Milky Way and 2 000 times more massive. At its center is the largest known supermassive black hole in the entire universe.
Size:
IC 1101 has a diameter of almost 6 million light years and the mass of over one trillion stars While the Milky Way, by comparison, is only 100 000 light years across and contains 100 billion stars. 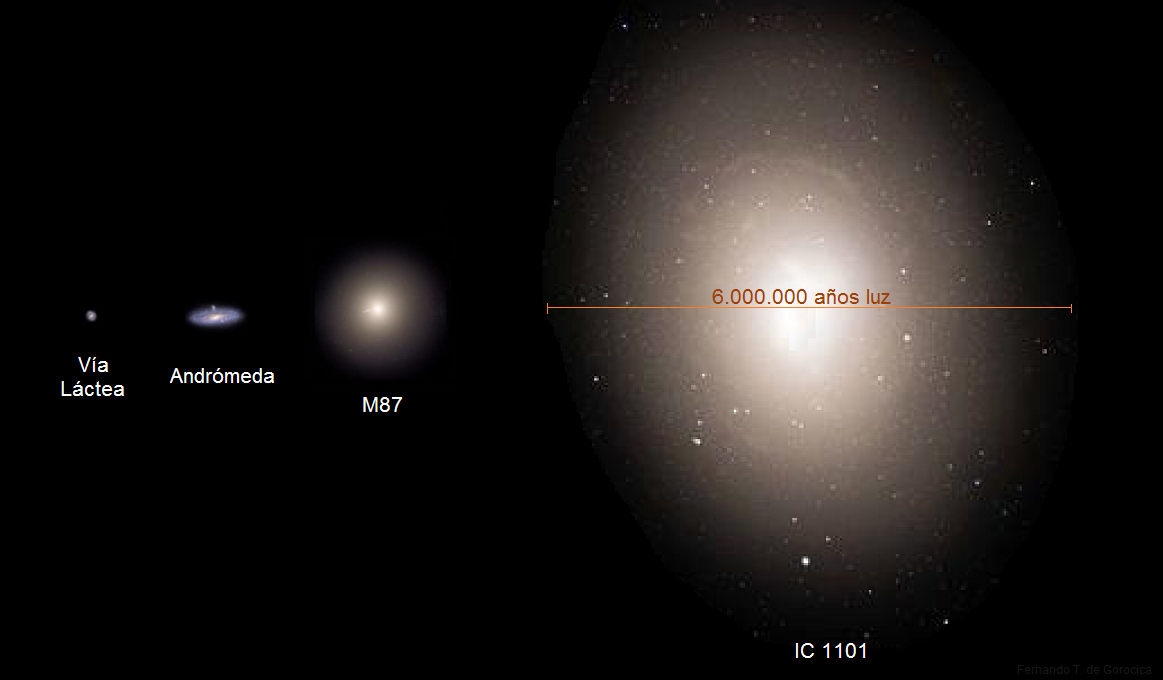 Location:
The IC 1101 lies at the center of the Abele 2029 galaxy cluster (a gigantic cluster that contains thousands of galaxies) approximately 320 mega parsecs (1.04 billion light-years) from earth.
If you have a telescope at least 15 inches wide you could spot it in the Virgo constellation.
How did it get so big?
The universe is estimated to contain over 100 billion galaxies, which have been colliding due their gravitational pulls for more than thirteen billion years. Sometimes galaxies merge to form even larger and more massive ones.
IC 1101 came into existence because galaxies similar to our own Milky Way or our neighboring Andromeda galaxy were colliding and merging, growing larger and attracting even more galaxies.
However, the days of the IC 1101 galaxy seem to be counted, as its yellow-red tinge indicates that very few stars are being born. Therefore, unless IC 1101 continues to swallow up more and younger galaxies it is doomed to fade in oblivion.
It could, however, grow even larger. Astrophysicists are not sure about what size limit of galaxy would be.