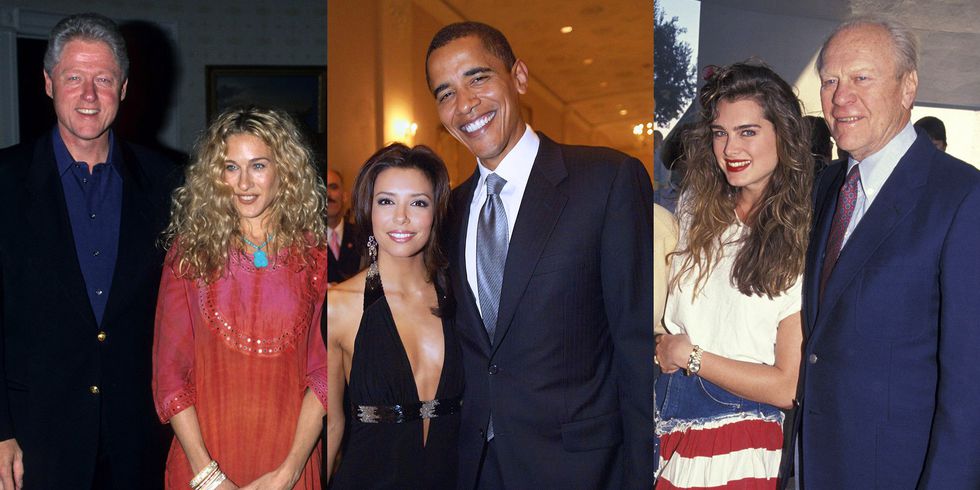 The excitement and prestige of meeting the President of the United States is truly unique. Here, the giddy smiles of  eager celebrities to prove it. But what we’re concerned about is what they wore. Here’s how does some choose as an outfit for such occasion 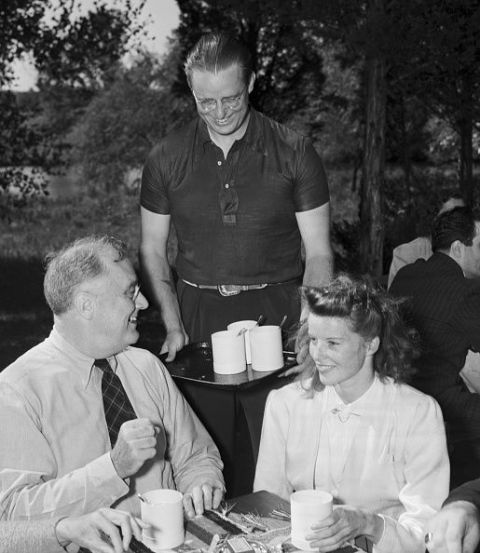 Did you know that FDR and Katharine Hepburn were related through a common ancestor on the Mayflower? Well, when the actress joined the president for a luncheon devoted planning a radio show special on behalf of his 1940 presidential election—to which Hepburn wore a signature button down—they probably talked about that and more. 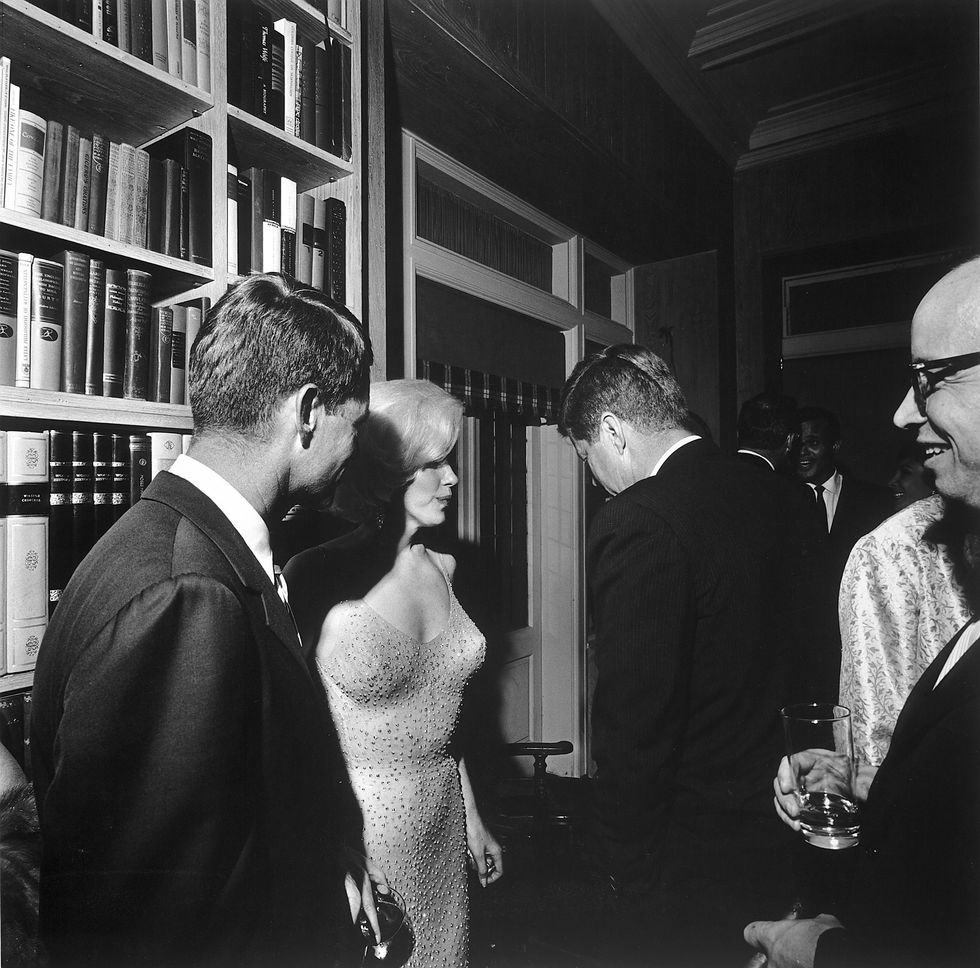 Hollywood’s most iconic blonde bombshell sang a brow-raising rendition of “Happy Birthday” for President Kennedy’s 45th birthday in a stunning glittery gown. Fun fact: This is the only known photo of the two rumored lovers. 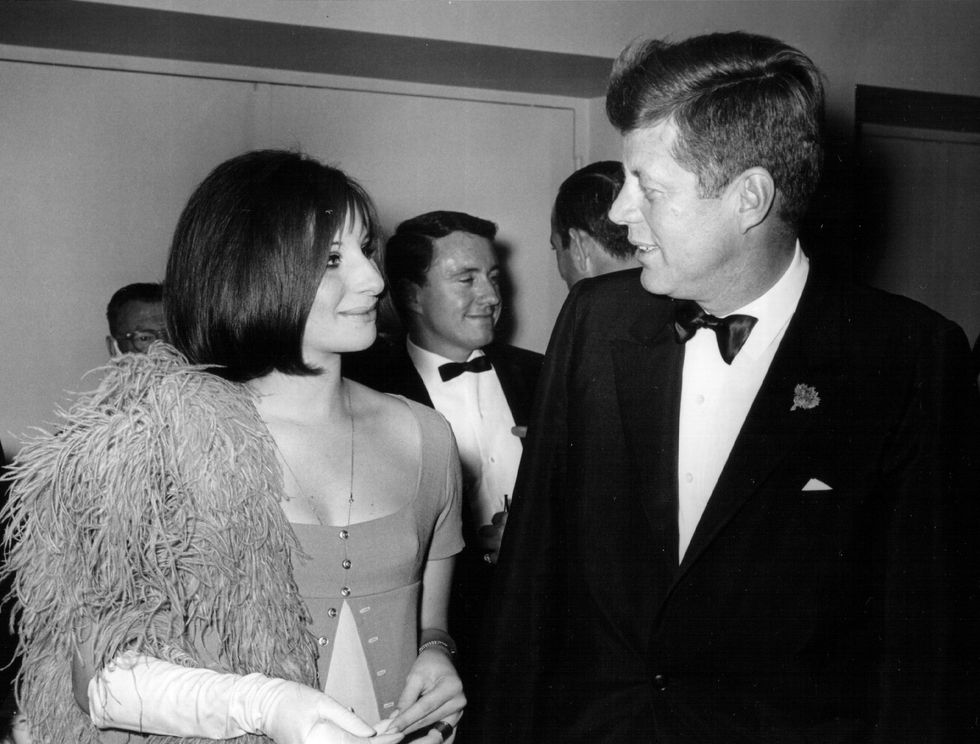 Barbra Streisand is obviously a mega star in her own right, but even this diva looked smitten with JFK when she met him in 1963. Her elbow-length white gloves and feathery boa are fancy and fun. And look at that chic bob! 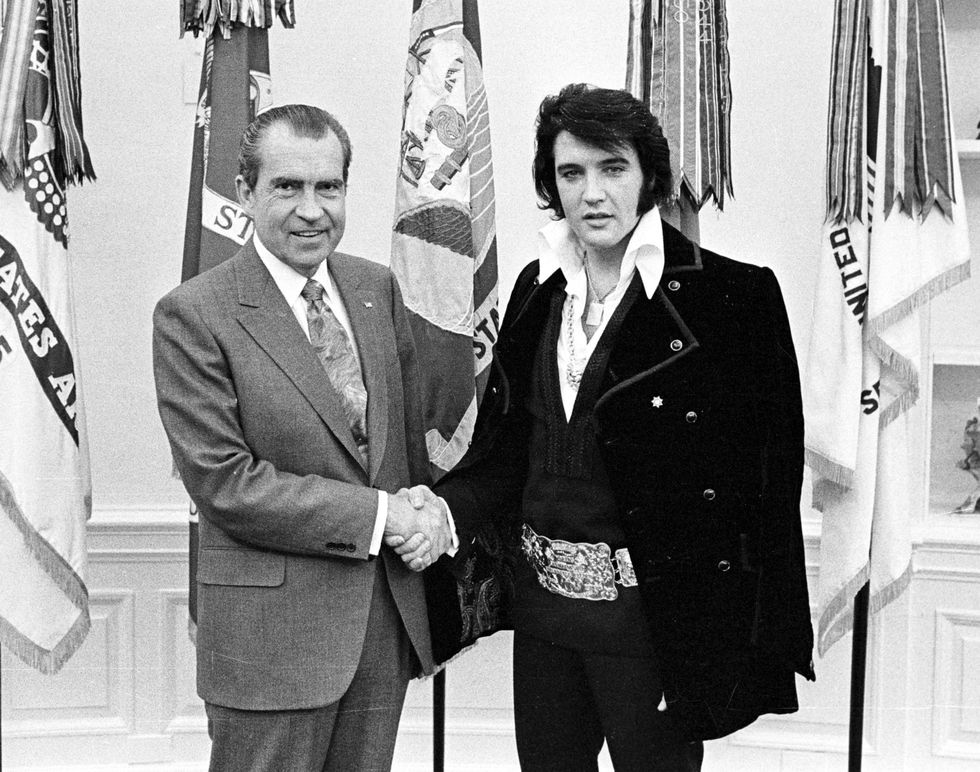 In 1970, Elvis appeared at the White House in a collar nearly as exaggerated as his belt and was named a “Federal Agent at Large” by President Nixon—he also received an honorary badge. 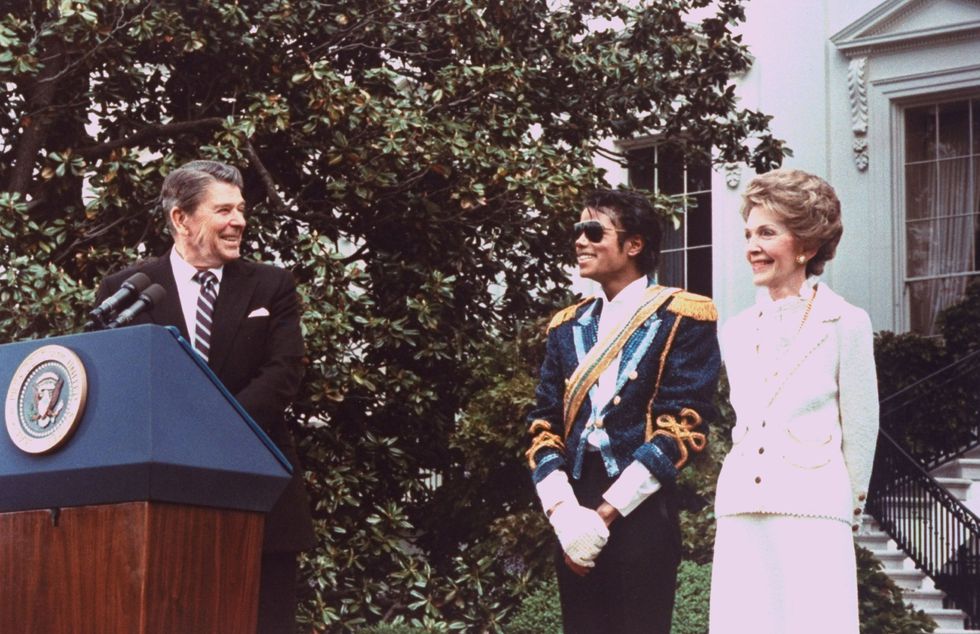 President Ronald Reagan awarded Michael Jackson with the Presidential Public Safety Communication Award; the award was the result of MJ’s classic song “Beat It” being used as the anthem of Reagan’s public service campaign against teen drinking and driving. The King of Pop donned a single glove, naturally. 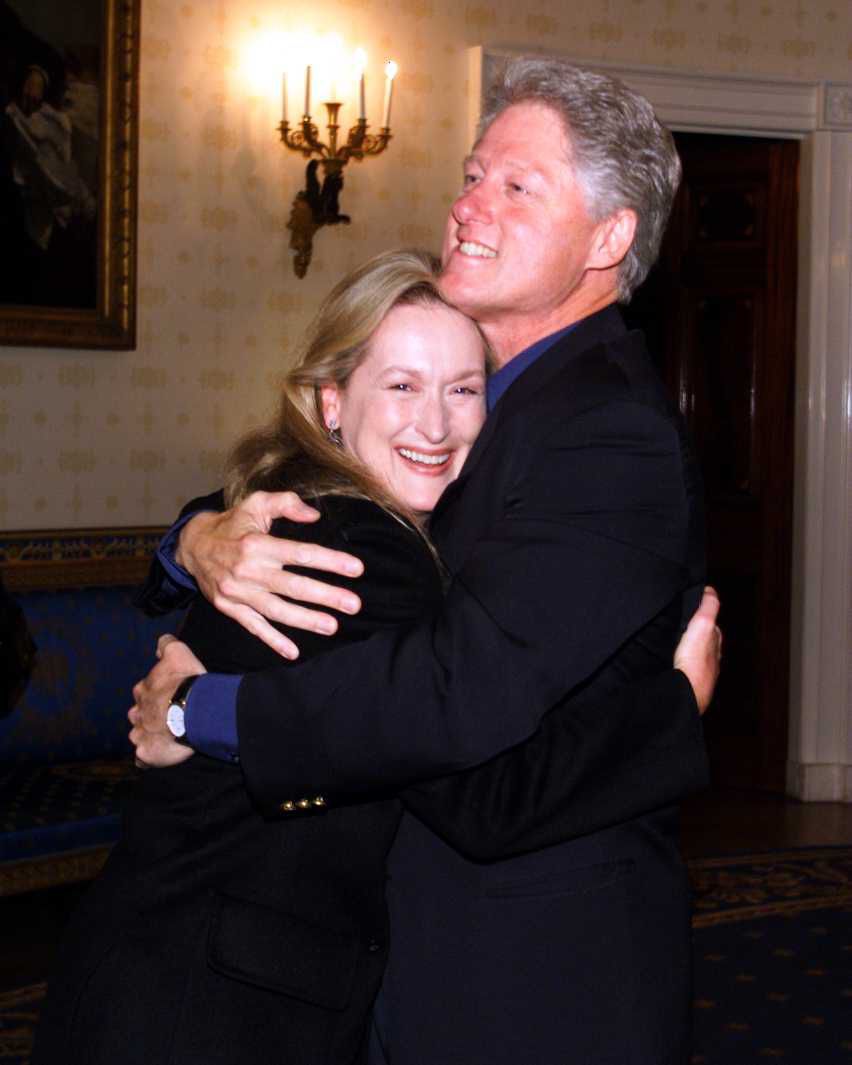 Meryl Streep got close and personal with President Clinton at the Concert of the Century. The Oscar-winning actress maintained a close relationship with the Clinton family, campaigning for Secretary Hilary Clinton in her 2016 presidential bid and was reportedly considered to play her in a biopic. 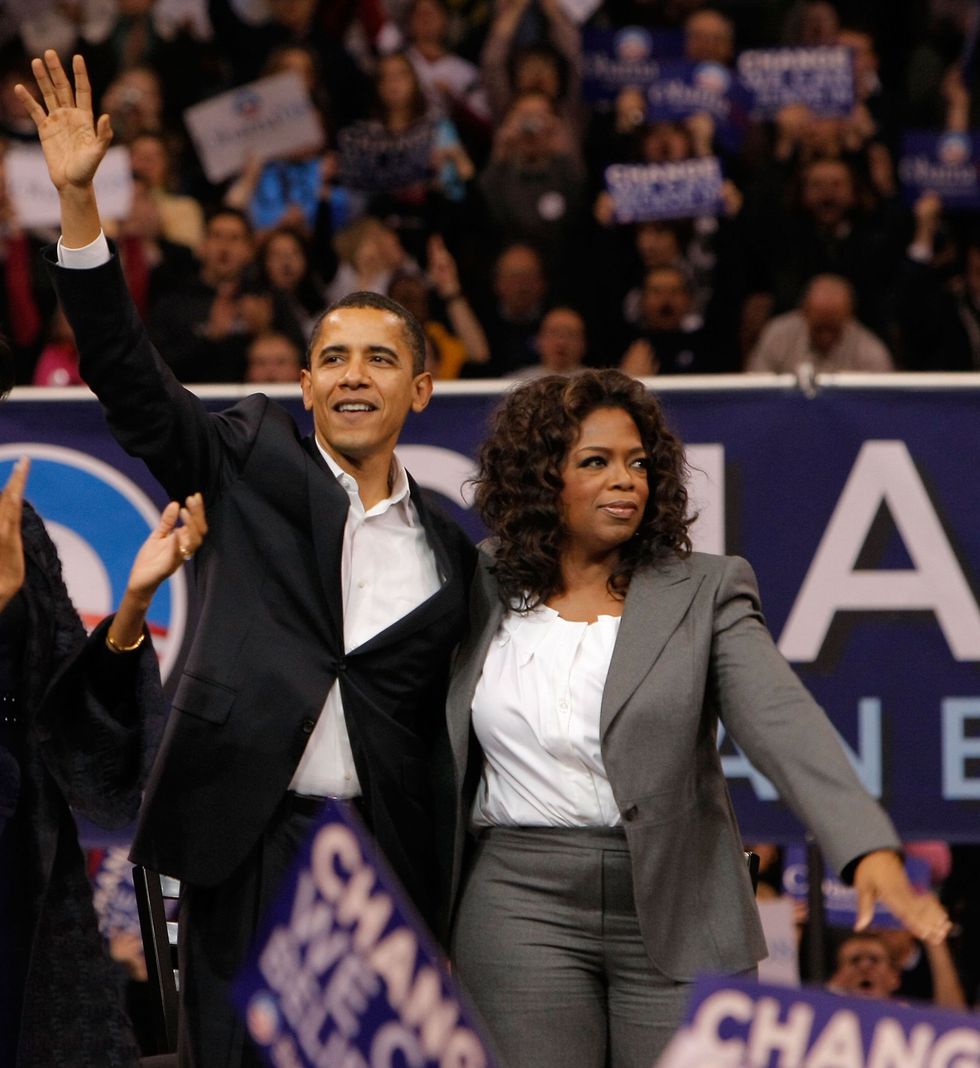 Oprah Winfrey stepped out in a grey power suit to offer one of the earliest endorsements of then-Senator Barack Obama’s first presidential run in 2007. Passionate about the young senator’s cause and drive, the TV mogul even hit the road with the Obamas and joined them on the campaign trail. To this day, Winfrey and the Obamas remain the best of friends. 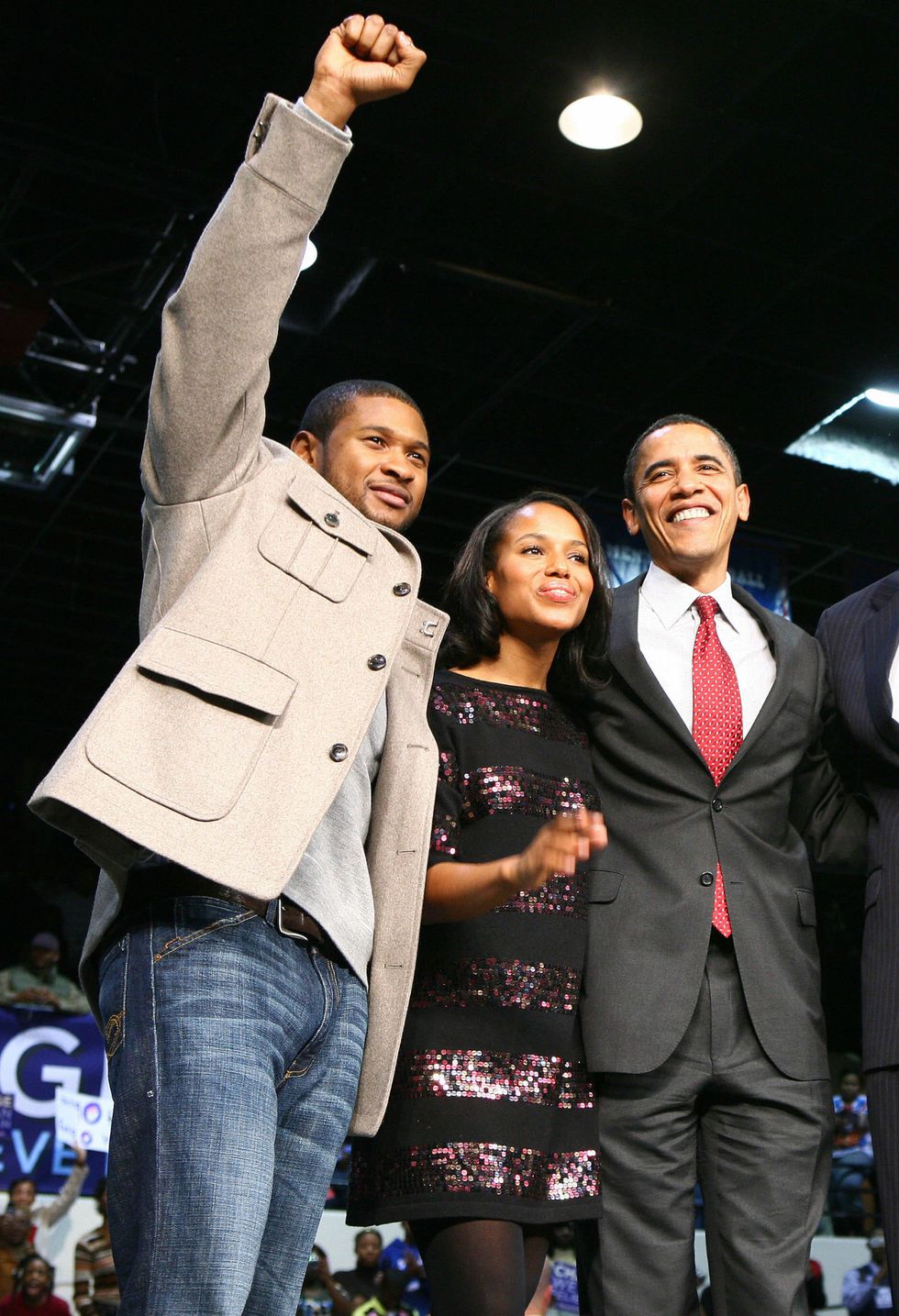 Kerry Washington and Usher showed some love to the future 44th president as he campaigned for his first election in 2008. The trio reunited once more at President Obama’s White House farewell party in 2017, which, apparently, was a total rager—word on the street is that the demure actress was moshing! 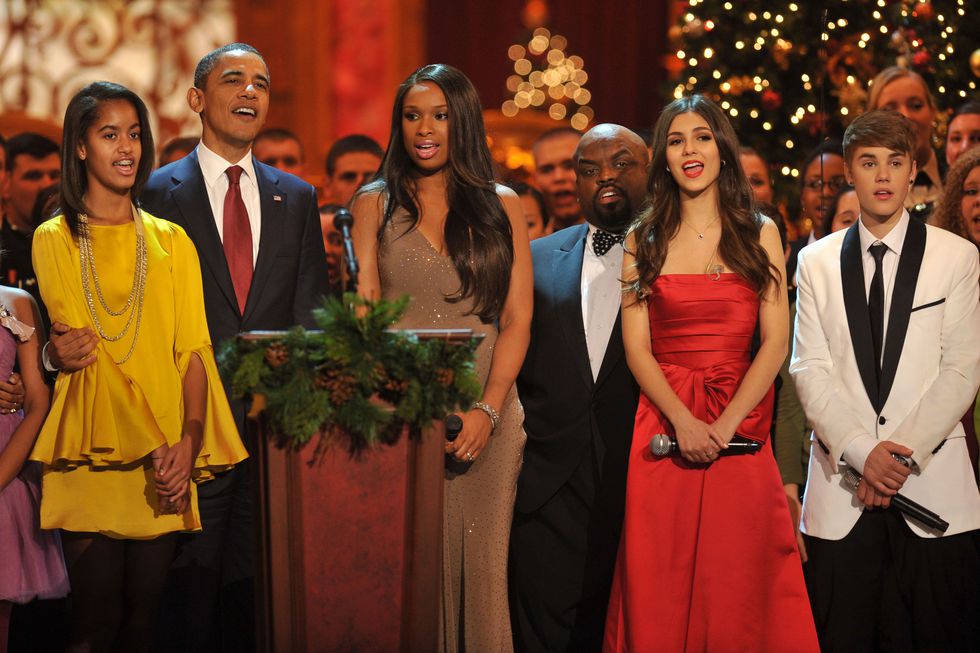 The celebrities joined the First Family in the capital for the the 2011 “Christmas in Washington” festivities. And all showed up in their formal holiday best (Bieber even went for a white jacket!). It wouldn’t be Jennifer Hudson’s last time performing in front of the Obamas, however; the Chicago native dazzled the crowd at the president’s second inaugural ball with a jazzy rendition of Al Green’s “Let’s Stay Together.” 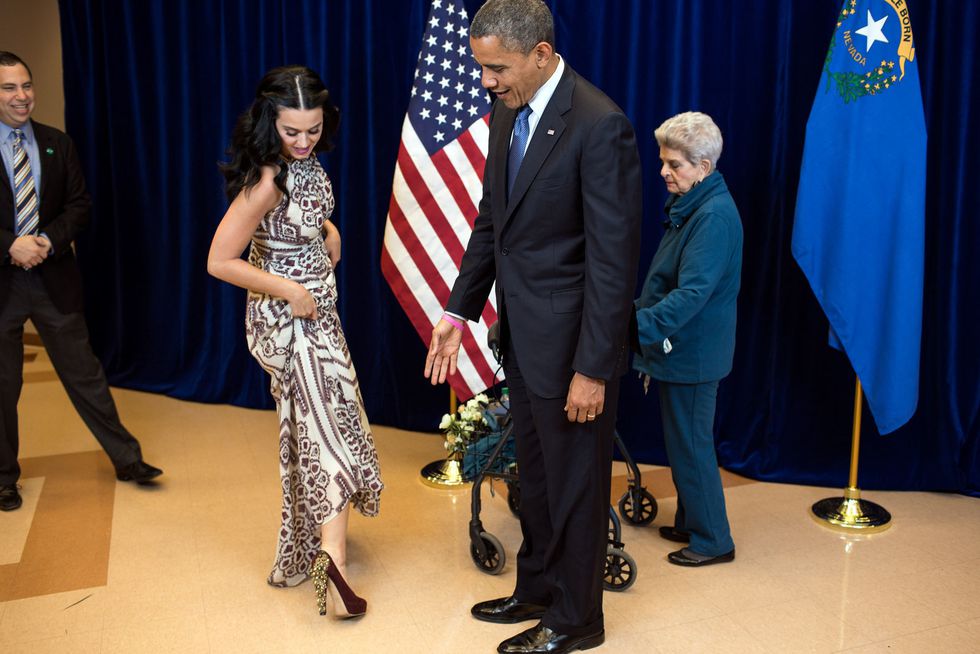 “What are those?!” Just kidding. At a 2012 event in Doolittle Park, Katy Perry showed off her killer shoes to President Obama as her grandmother (who was also her date for the night—so precious!) looked on. 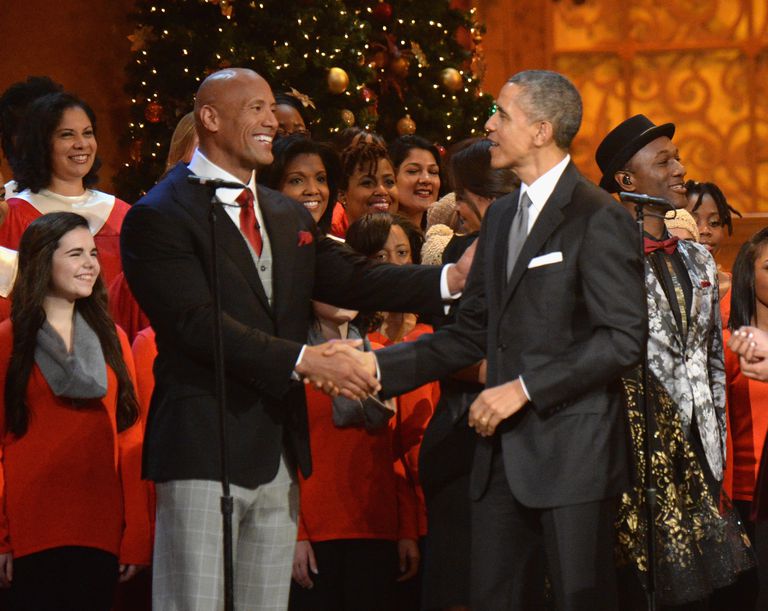 At the 2014 TNT “Christmas in Washington” event, President Obama exchanged greetings with The Rock, who really stepped up his game in a three-piece suit, onstage. A year later, the two would cross paths again..well, kinda—the actor played The Rock Obama, the angry, jacked up version of the president, in a Saturday Night Live skit when he hosted the show in 2015 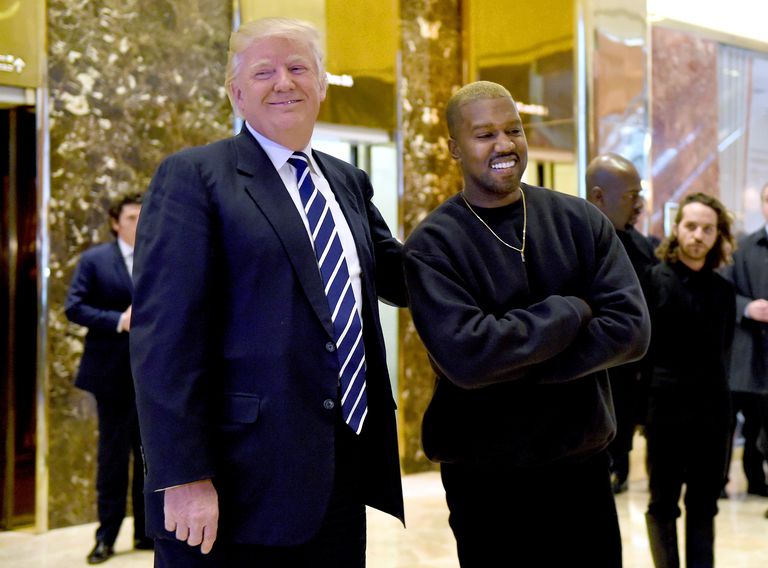 Kanye West shocked the world when he announced his support for the 45th president of the United States. West claimed that he went to Trump Tower in early 2017—in black sweats and a gold chain—to talk to the president about finding solutions to gun violence in his hometown of Chicago. Though he didn’t vote in the 2016 election, the rapper said that he would have been Team Trump if he had, putting him in direct conflict with his wife and Hillary Clinton–supporter Kim Kardashian.