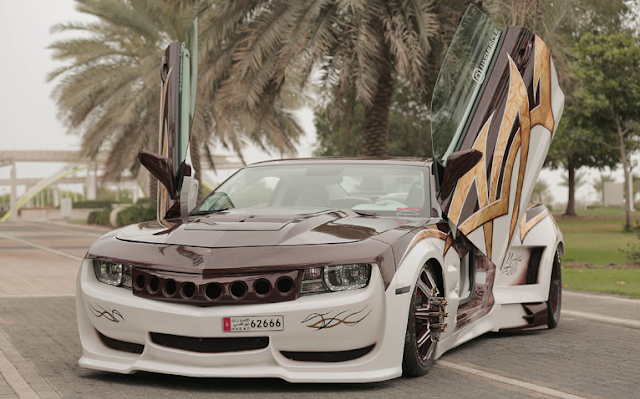 Abdullah Al-Ali challenged himself and surpassed all standards by adjusting the Chevrolet Camaro and making it a 6-wheeled car.
This Camaro is distinguished from the rest of the cars because it is the first car in the world to have four tires from the back, in addition to being a sports and luxury car at the same time.
The young man made major modifications, including that he added 8 screws instead of the five screws usually available to install the tires, in addition to changing the engine and inserting a supercharger, and he placed on the engine the phrase “UAE Muscle” to express his love for muscle cars.
Abdullah Al-Ali changed the colors of the interior, and the colors changed from red and black to white and brown, in addition to changing the whole car seat.
It took about eight months to completely modify the car, and Al-Ali faced a number of difficulties, especially since some of the parts did not fit the car, so Al-Ali had to adjust it properly.
The second hurdle that confronted Al-Ali was installing two additional tires at the back, especially since many people warned him that his idea was illogical, but the young man’s insistence made him implement the matter and succeed in it.
The Ali added to the Camaro a hydraulic system to reduce and raise the car in a way that the driver liked, while the doors modified it and it opened up to the top as Lamborghini doors
As for the rear bumper, Al Ali replaced it with a Corvette C7, and the car became wider than the rear, as cars usually have a width of between 1.8 and 2.3 meters, but the modified Ali car was 2.65 meters wide. 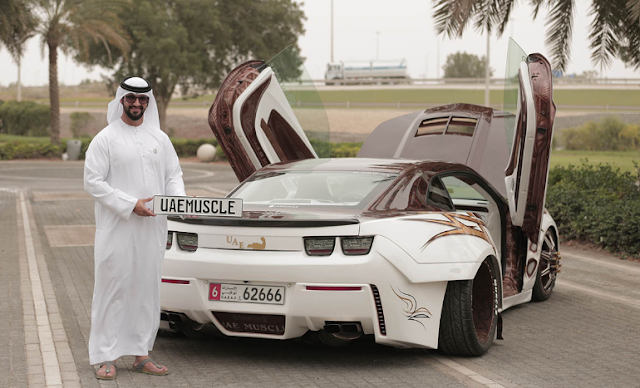