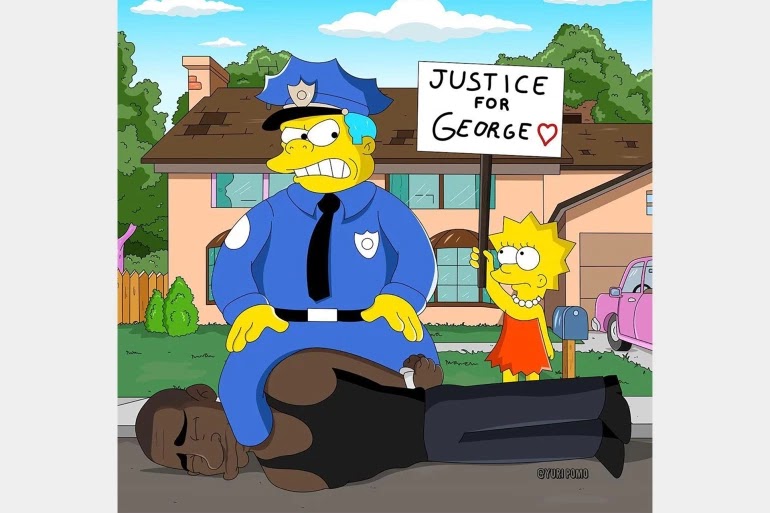 This image, which was reported by artistic sites as a prophecy of the work of Floyd’s death, appeared in Lisa Simpson while carrying a plaque reading “Justice for George”, while she stands next to a policeman kneeling on the neck of a black man, similar to the way Floyd died.

The image was attributed to episode 146 of the series, which came under the name (The Day Violence Died), and by research, it became clear that the episode “The Day of Violence Died” is the eighteenth episode of the seventh season of “The Simpsons”, which was released in March 1996, and its content is not related to the killing of George Floyd .

He was followed by another claim that the image belongs to the thirteenth episode of the seventh season of the series, which is named (Justice for George Simpsons) and by returning to the number of the mentioned episode, it was found titled (Two Bad Neighbors), in which George W. Bush appeared the American President after he moved to the next Homer decides to take revenge on the president for his bad behavior towards his son, which means that there is no similarity between her and the current events as well.

Before Agence France-Presse declared that the image circulated on the Internet is nothing but a drawing belonging to the Italian artist and cartoon designer Yuri Pomo, who shared the photo with his fans via his Instagram account.