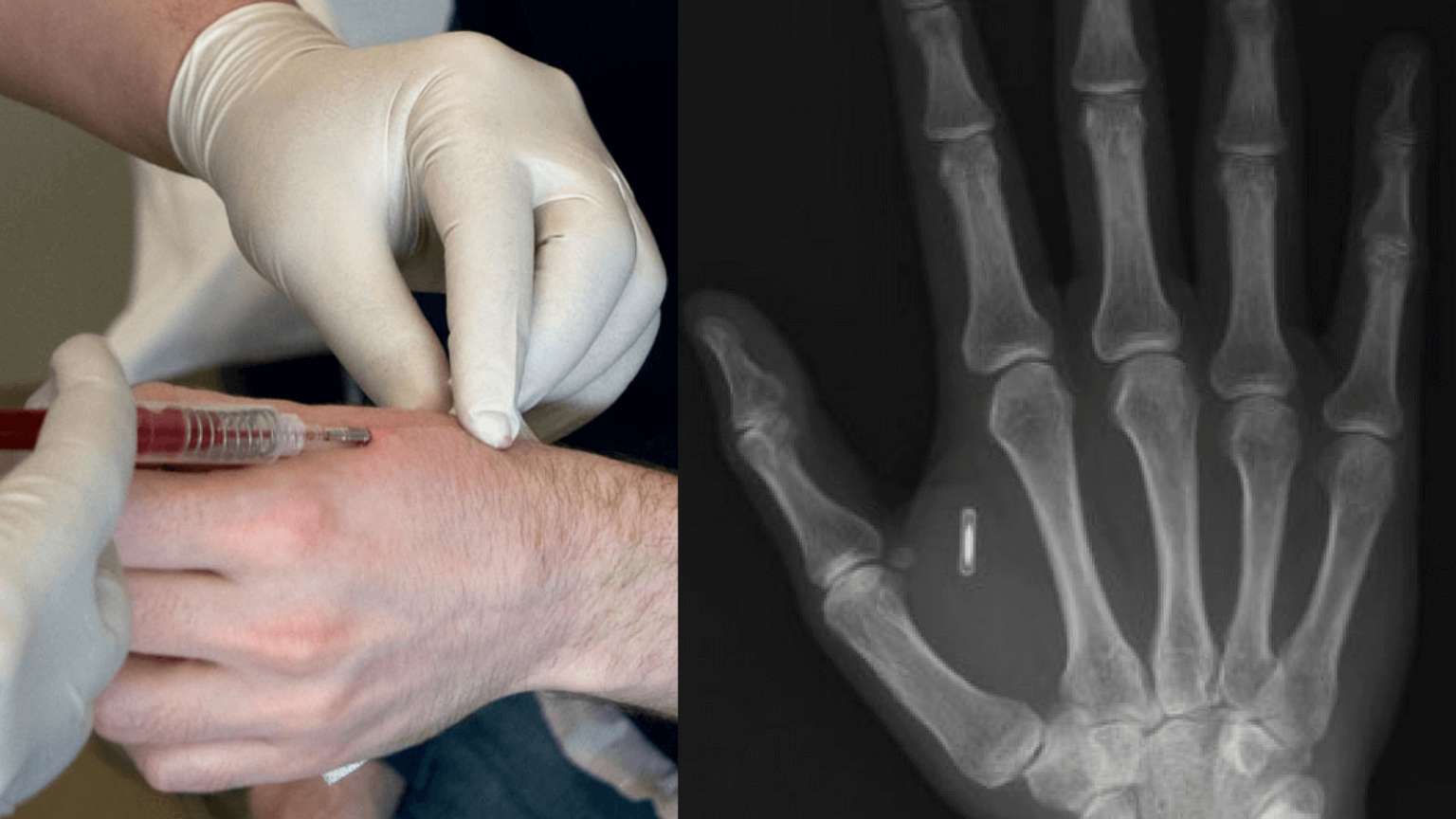 In early 2017 that thousands of Swedish citizens were unlocking their car doors and turning on coffee machines with a wave of their palm.
In the future, an RFID chip as small as a grain of rice will be implanted under the skin between the thumb and the forefinger could contain a lot of useful information that you choose – which you usually carry around in your wallet or purse. It could transmit your identity information as you walk through a security checkpoint, transferring your contact details to a friend’s mobile phone, enable you to use public transport and make long lines at the supermarket checkout a thing of the past.

Although RFID chips are not powerful enough to be tracked or to connect to any satellite, some have fears that such chips give corporations the possibility to have control over them. What if they could track users in the future? Would you want a chip in your hand if it could tell for how long it took you to have a shower or to go to work? Since most chips are offered through big companies, it’s just a matter of time until this happens.
RFID chips can only carry a minuscule 1 kb or so of data, some biohackers say that it’s very easy to hack, so you’d rather not hide your life secrets in the implant’s memory.

One researcher at Reading University’s School of Systems Engineering, Mark Gasson, demonstrated that they are vulnerable to malware.

Gasson had an RFID tag implanted in his left hand in 2009, and tweaked it a year later so that it would pass on a computer virus. The experiment uploaded a web address to the computer connected to the reader, which would cause it to download some malware if it was online.
“It was actually a surprisingly violating experience,” says Gasson. “I became a danger to the building’s systems.”
Possible future applications
Theoretically, a GPS-enabled chip could one day make it possible for individuals to be physically located by latitude, longitude, altitude, and velocity.
Such implantable GPS devices are not technically feasible at this time. However, if widely deployed at some future point, implantable GPS devices could conceivably allow authorities to locate missing persons and/or fugitives and those who fled from a crime scene. Critics contend, however, that the technology could lead to political repression as governments could use implants to track and persecute human rights activists, labor activists, civil dissidents, and political opponents; criminals and domestic abusers could use them to stalk and harass their victims; and child abusers could use them to locate and abduct children.