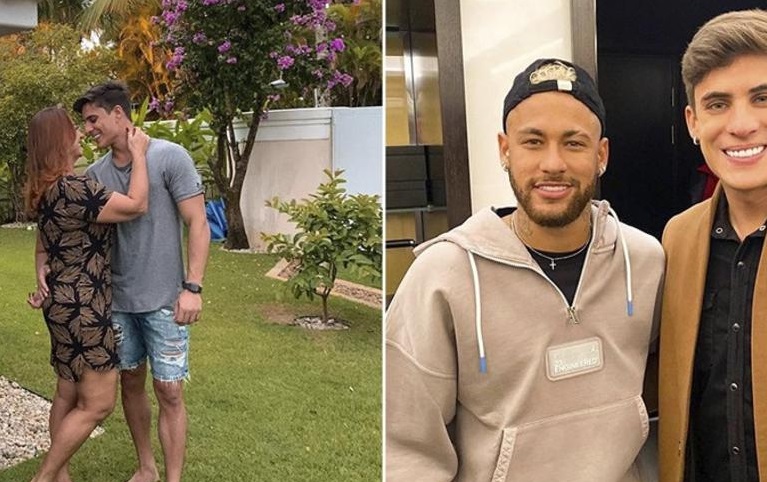 News reports circulated an audio leak attributed to the Brazilian star Neymar, in which he spoke about a quarrel between his mother Nadine Gonsalvin and her young lover, Thiago Ramos, which ended with the latter’s transfer to the hospital.

According to these reports, Nadine, 52, transferred Ramos, who is about 30 years younger, to hospital on Tuesday evening, after suffering a deep wound in a glass in an apartment in the Brazilian city of Santos.

The reports said that the neighbors heard a screaming from the apartment where Neymar’s mother and her young boyfriend were present on the night of the accident, as a violent quarrel broke out between the two.

She noted that the Santos City Police summoned Neymar’s mother and her young lover to give an official statement about the accident, especially after Ramos spent a day in the hospital to receive treatment.

She added, quoting a spokesperson for Nadine Gonsalvin, that everything is fine now, as Ramos received several deep wound stitches, but his condition is currently stable.

The reports pointed out that the Paris Saint-Germain team voice leak was a group conversation with a number of his friends on the Twitch application, where one of them asked the Brazilian star what happened on the night of the accident.

Neymar replied that he thought Ramos was beating his mother and was so angry during their fight that he punched the balcony of the balcony and injured himself.

The Brazilian star also admitted his disbelief at what his mother said, which told him that Ramos fell off the stairs and was injured, as the stairs are far from where the glass was shattered.