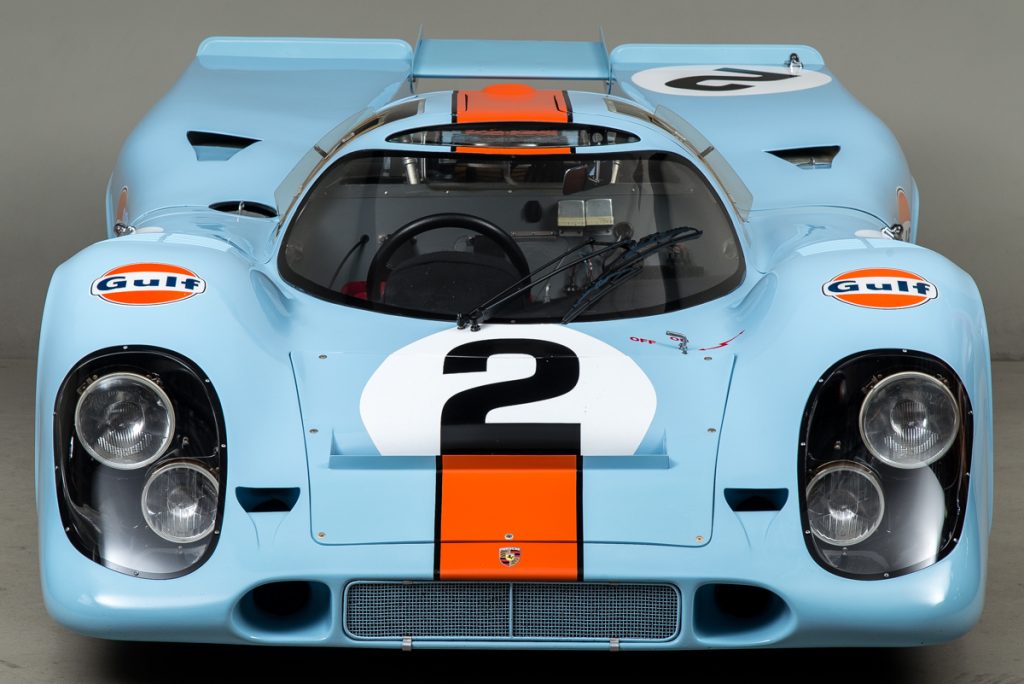 The Porsche 917 is a sports prototype race car developed by German manufacturer Porsche.
The 917 gave Porsche its first overall wins at the 24 Hours of Le Mans in 1970 and 1971.
Powered by the Type 912 flat-12 engine of 4.5, 4.9, or 5 litres, the 917/30 Can-Am variant was capable of a 0-62 mph (100 km/h) time of 2.3 seconds, 0–124 mph (200 km/h) in 5.3 seconds. The long tail Langheck version had a maximum measured top speed of 362 km/h (225 mph).
In 1967 the Commission Sportive International decided to change the regulations for Group 6 prototypes competing for the World Sportscar Championship.
Instead of competing cars having unlimited engine capacity, such as the Ford Gt40 Mk.IV that had a 7.0-litre engine, the CSI announced a 3.0-litre engine displacement cap for the prototype class for 1968. W
ell aware that few manufacturers were ready to take up the challenge, the CSI also allowed 5.0-litre Group 5 Sports Cars, of which a minimum of 25 units had to be manufactured to participate.
The new car designed by Hanz Mezger was built using an ultra-light spaceframe chassis that weight just 42kg and was permanently pressurised with gas so that even the minutest of cracks could be detected.
While during the lifeline of the Porsche 917, the engine saw an increase in displacement of upto 5.4-litre with twin turbocharging that would take the power up to an incredible 1580 horsepower, the first lot of Porsche 917 featured a 4.5-litre naturally-aspirated flat-12 cylinder unit that produced a relatively modest 520bhp in 1969.