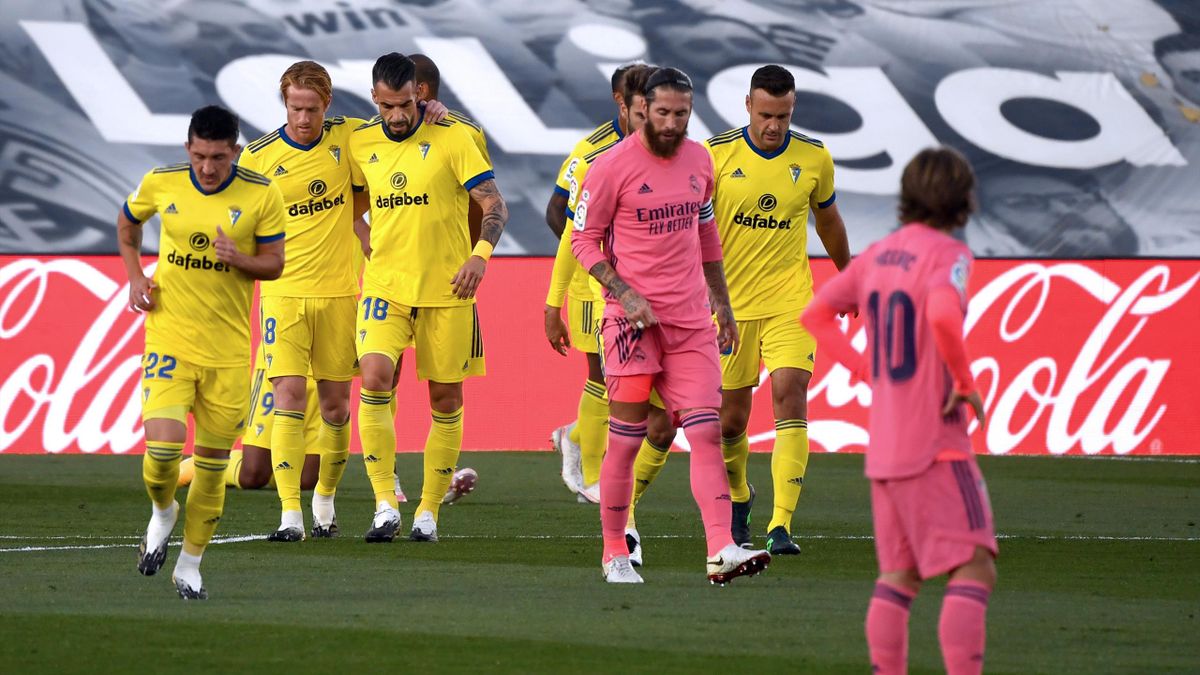 The two Spanish soccer poles received an unexpected loss just a week before the upcoming confrontation between them in the (El Clasico) summit in the Spanish League, as each lost their match on Saturday in the sixth round of the League.

A few hours after the Cadiz team – the promoter of the First Division in Spain this season – dealt a strong hit to Real Madrid, the defending champion, beating them 1-0 in their own home, Barcelona fell with the same result in front of its host Getafe, a strong shock also to the two teams before the start of their campaign this week in The group stage of the UEFA Champions League.

Barcelona wasted a golden opportunity to rise to the top before the El Clásico match and fell to its host Getafe with a goal unanswered by Jaime Mata from a penalty kick in the 57th minute, to freeze Barcelona’s balance at 7 points.

Getafe raised its score to 10 points, to advance to second place on goal difference only behind leaders Real Madrid and in front of Cadiz and Granada.

All Barcelona’s attempts were unsuccessful, despite the activity broadcast by youngster Ansu Fati as he came midway through the second half.

The defeat represents a heavy hit to Barcelona’s morale before starting his career in the group stage of the European Champions League against Hungary’s Fernfarros next Tuesday.