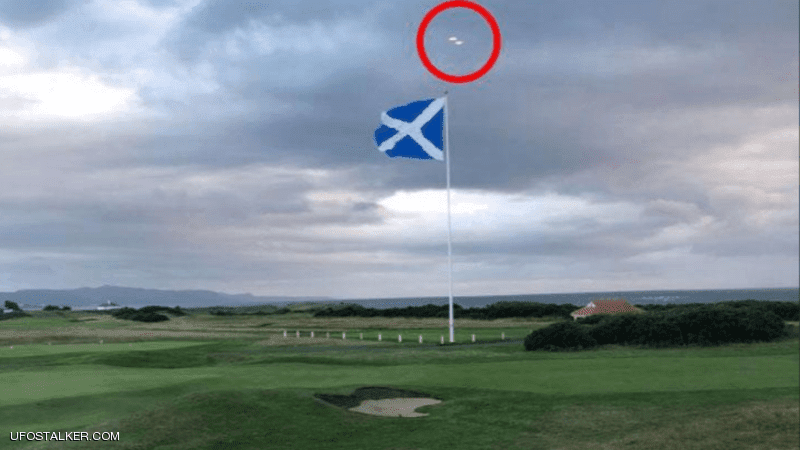 After the British authorities were scheduled to lift the secrecy on the first of last January, a file containing stunning pictures of the bodies of a Western plane that was flying over Scotland in 1990, but the delay came surprising and strange.

The British Ministry of Defense postponed the matter until 2072 without explanation, which caused the UFO experts to be shocked, especially since they were expecting to reveal the file this year, according to the British newspaper “The Sun”, Saturday.

Two of the hikers took pictures in the raised village of Kelvin in central Scotland.

The two said at the time that they saw a strange metal craft, which looked like a diamond for about 10 minutes, before it left the sky of the area vertically.

They claimed that they also saw military aircraft in the area.

UFO experts worked on drawing an approximate picture of that UFO that flew in the skies of Scotland.

The expert, Nick Pope, who helped paint the picture, said that despite extensive investigation, we did not arrive at a convincing explanation of what happened in that village.