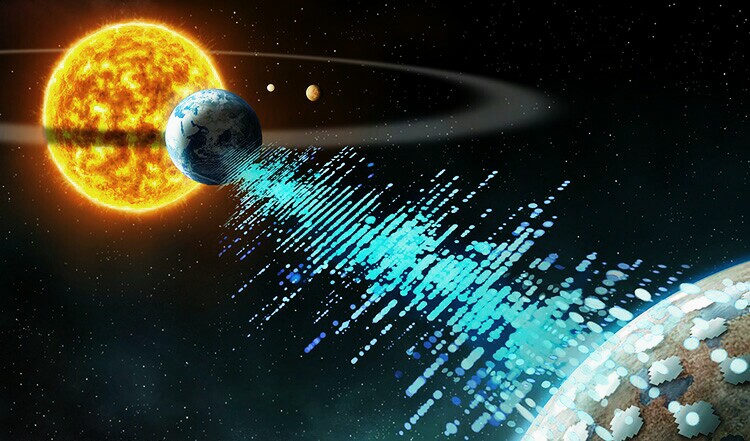 According to a new study published by researchers from Lehigh University and Cornell University in the United States in the monthly bulletin of the Royal Astronomical Society (MNRAS) on October 20, there are more than a thousand star systems that civilizations outside the planet could exist – if they existed. – To watch us from them.

These stellar systems our planet is in direct line of sight, and they are close enough to us that they can not only locate the planet, but may also be able to discover the chemical effects of life on it.

A transit reveals the Earth :

Since the discovery of the first exoplanet in 1992, astrophysicists have observed 4,292 planets outside our solar system orbiting 3,185 stars.

In most of these discoveries, scientists have used the transit method, which relies on recording changes in the host star’s light when a planet passes in front of it.

The James Webb Space Telescope – scheduled to be launched in the next few years – will also have the ability to study many of these planets in more detail, and to discover the presence of gases that represent a sign of the presence of life such as methane or oxygen gas in their atmosphere. 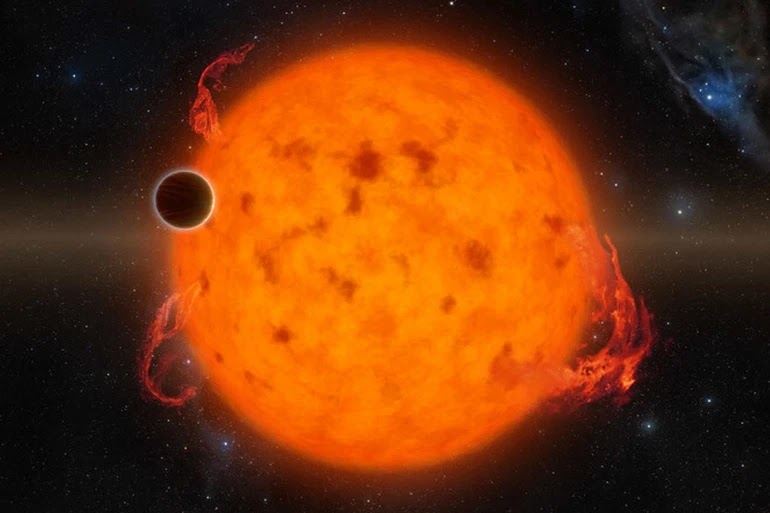 However, this transit method is only effective for planets whose orbits are located between the host stars and the Earth.

In the new study, the researchers reflected their views, wondering: Which nearby exoplanets could – if any – inhabitants see the Earth passing in front of the sun? And could the inhabitants of those stellar systems be able to detect signs of our presence on Earth?

More than a thousand planets

According to a statement published on the Cornell University website about the results of the study, the researchers say that there are 1004 planets located less than 326 light-years from Earth, and their location allows the Earth to be monitored using the transit method.

Among these objects, there are 508 planets that have viewing angles that give them at least 10 hours of observational data every time the Earth passes between it and the sun, which are ideal conditions for discovering this small rocky planet and signs of life in its atmosphere if the inhabitants of these distant planets had A telescope similar to James Webb.

The researchers say that about 5% of the stars around which these planets are orbiting are probably too young to provide an opportunity for intelligent life to develop on their satellites even if they have the right conditions for the emergence of some form of life.

But the remaining 95% of them belong to the classes of stars that could embrace life for billions of years if the appropriate conditions were provided.

The authors of the study indicate that most of these stars are at the extreme end of the range of 326 light-years, because the region in which the Earth’s transit observation is getting smaller the closer we get to our solar system, but the nearest star in the list is only 28 light-years away.

There are many other stars nearby that are about to enter the region that will allow seeing Earth in the next few centuries, some of them bright enough in the sky that they can be seen from Earth.

The list includes a group of planets orbiting a red dwarf called Teegarden’s star, which is located only 12 light years away, and although it does not currently have a suitable viewing angle to determine the location of the Earth, with the speed of that group of planets in motion, it will enter the area that enables it to observe Earth as early as 2044.

In the next step of their work, the researchers will seek to focus their search for intelligent life on the 1,004 planets identified in the study using communication discovery programs from advanced alien civilizations.