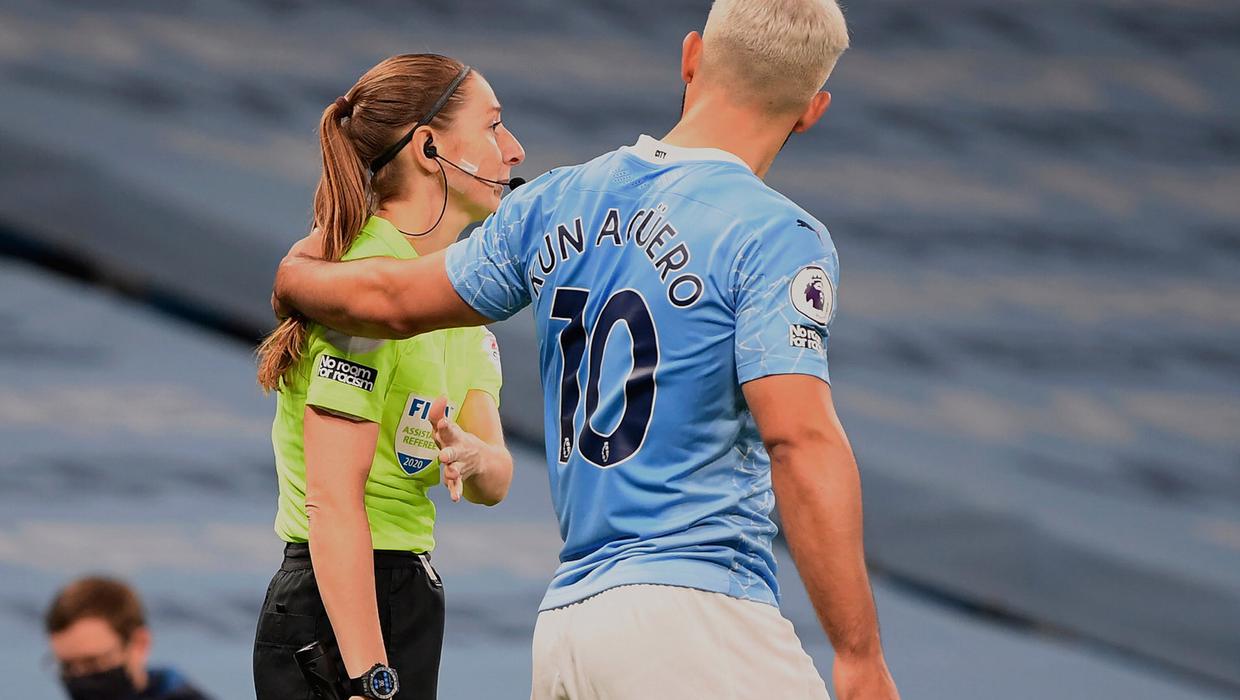 The season shot that took place against Manchester City and Arsenal, which ended with the first victory with a clean goal, as Argentine striker Sergio Aguero put his hand on the shoulder of the match’s ref, Massey Elise, while talking to her about a throw-in that she gave to the guests.

Although Aguero’s touch of ref was simple, under the rules of the International Federation of Football Association (FIFA) in 2016, Aguero would be subject to dismissal.

Charges cannot be brought retroactively against a player for contact with a referee if his actions are judged as aggressive and confrontational.

In turn, Pep Guardiola, Manchester City coach, played down the touching incident, saying – in comments after the match – “Let’s be realistic … Aguero is the kindest person I have met in my life. Look for problems in other situations, not in these.”

City had beat Arsenal with 1  goal scored by Raheem Sterling, in a tense match, which saw 5 yellow cards, 4 of which were for City.