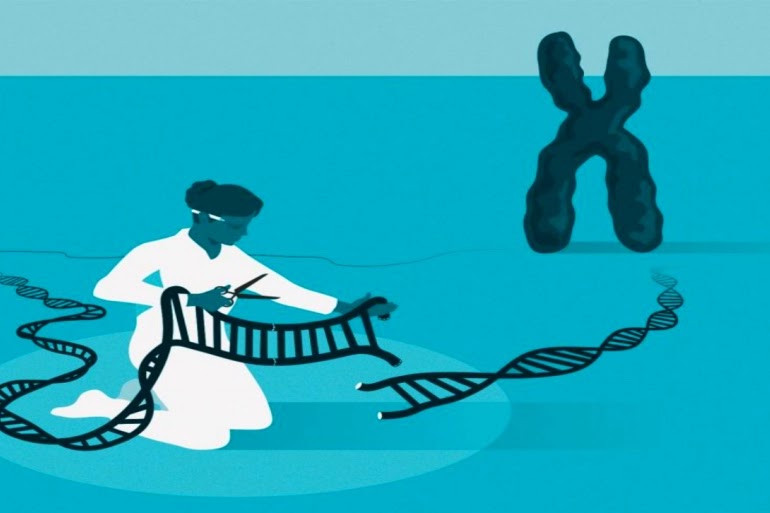 The 2020 Nobel Prize in Chemistry was awarded to French scientist Emmanuelle Charpentier and American scientist Jennifer Doudna “for their development of a genome-editing method known as” CRISPR-Cas9 “.

The two researchers, who are joint recipients of the 2020 Chemistry Prize, have discovered one of the most accurate gene technology tools, known as CRISPR / Cas9.

Researchers need to modify the genes in cells if they want to know how life works inside the cell, and this work was time-consuming, difficult and sometimes impossible, but using this technique, researchers were able to change the DNA of animals, plants and microorganisms with very high accuracy.

By using the CRISPR – Cas9, it is now possible to change the life code over a period of a few weeks.

This technology has had a revolutionary impact on the life sciences, and it also contributes to finding new cancer treatments, and may make the dream of treating genetic diseases come true soon.

In recent years, the gene editing revolution has made scientific headlines all over the world, and the research results of gene editing techniques have dominated the latest scientific developments in recent times.

The revolutionary tool called “CRISPR-Cas9” has become an essential tool used by biologists around the world, because it made changing the DNA inside cells cheap and easy, and it allowed researchers to quickly change the DNA of any living thing, including humans.

Scientists are likening gene editing to the find and replace function that is used to correct spelling errors in electronic documents written on a computer.

Instead of editing words, gene editing techniques rewrite the DNA, which is the biological code that makes up the instruction manual for all living things. We now have a precise way to correct, replace, or even delete the defective DNA.

Gene editing techniques rewrite the genetic material of any living organism, and this technique is considered much more accurate than previous techniques of genetic engineering, and it aims to treat many diseases such as AIDS, viral hepatitis, cancer, and other intractable diseases.

This technology has fundamentally transformed biomedical research in recent years, and researchers hope to use this technology to modify human genes, with the aim of eradicating diseases, giving plants durability, and getting rid of pathogens.