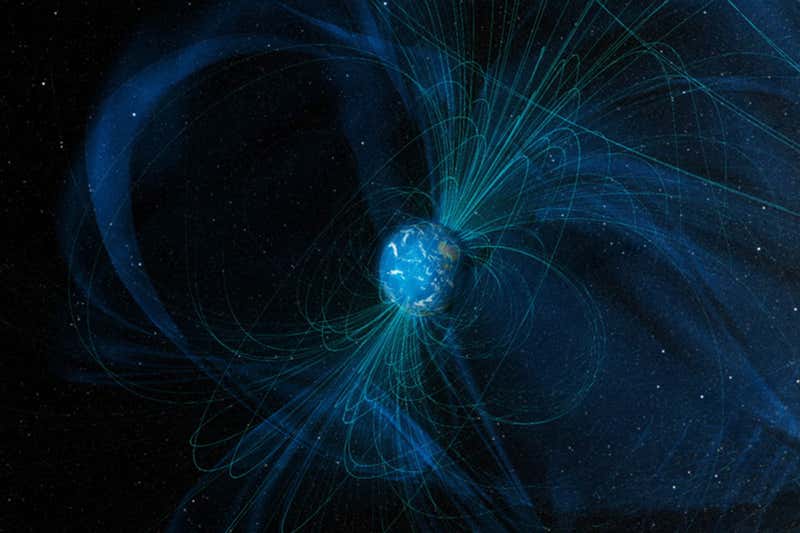 The Moon formed 4.5 billion years ago when a Mars-sized object called Theia slammed into the proto-Earth when our planet was less than 100 million years old, according to leading theories. Debris from the collision coalesced into the Moon, while other remnants reincorporated themselves into the Earth. Because of gravity, the presence of the Moon stabilized the Earth’s spin axis. At that time, our planet was spinning much faster, with one day lasting only 5 hours.

And in the early days, the Moon was a lot closer, too. As the Moon’s gravity pulls on our oceans, the water is slightly heated, and that energy gets dissipated. This results in the Moon moving away from Earth at a rate of 1.5 inches per year, or about the width of two adjacent dimes. Over time, that really adds up. By 4 billion years ago, the Moon was three times closer to Earth than it is today – about 80,000 miles away, compared to the current 238,000 miles. At some point, the Moon also became “tidally locked,” meaning Earth sees only one side of it.

Scientists once thought that the Moon never had a long-lasting global magnetic field because it has such a small core. A magnetic field causes electrical charges to move along invisible lines, which bow down toward the Moon at the poles. Scientists have long known about Earth’s magnetic field, which creates the beautifully colored aurorae in the Arctic and Antarctic regions.

A magnetic field serves as a shield causing electrical charges to move along its invisible lines. Scientists have long known about Earth’s magnetic field, which causes the beautifully colored aurorae in the Arctic and Antarctic regions.

The movement of liquid iron and nickel deep inside the Earth, still flowing because of the heat left over from Earth’s formation, generates the magnetic fields that make up a protective bubble surrounding Earth, the magnetosphere.

But thanks to studies of samples of the lunar surface from the Apollo missions, scientists figured out that the Moon once had a magnetosphere, too. Evidence continues to mount from samples that were sealed for decades and recently analyzed with modern technology.

Like Earth, the heat from the Moon’s formation would have kept iron flowing deep inside, although not for nearly as long because of its size. 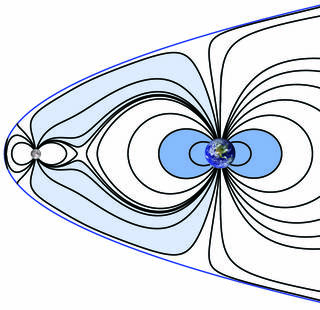 At certain times, the Moon’s magnetosphere would have served as a barrier to the harsh solar radiation raining down on the Earth-Moon system, scientists write. That’s because, according to the model, the magnetospheres of the Moon and Earth would have been magnetically connected in the polar regions of each object. Importantly for the evolution of Earth, the high-energy solar wind particles could not completely penetrate the coupled magnetic field and strip away the atmosphere.

But there was some atmospheric exchange, too. The extreme ultraviolet light from the Sun would have stripped electrons from neutral particles in Earth’s uppermost atmosphere, making those particles charged and enabling them to travel to the Moon along the lunar magnetic field lines. This may have contributed to the Moon maintaining a thin atmosphere at that time, too. The discovery of nitrogen in lunar rock samples support the idea that Earth’s atmosphere, which is dominated by nitrogen, contributed to the Moon’s ancient atmosphere and its crust.

Scientists calculate that this shared magnetic field situation, with Earth and Moon’s magnetospheres joined, could have persisted from 4.1 to 3.5 billion years ago.