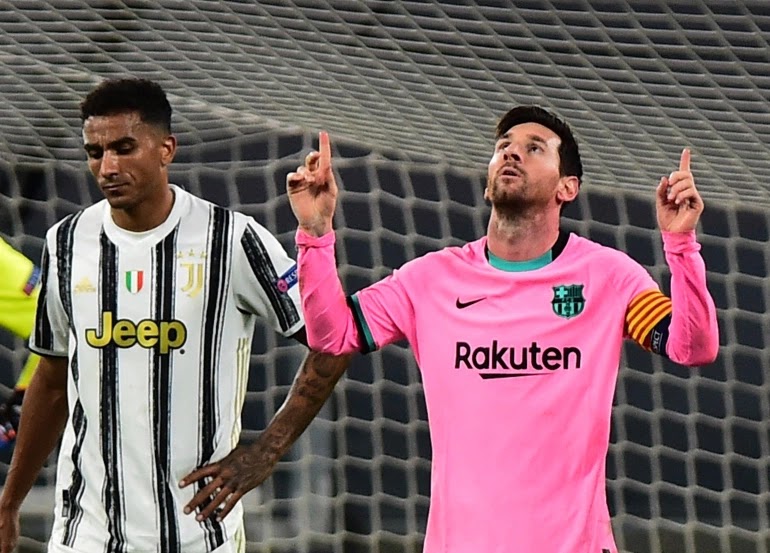 Argentine star Lionel Messi and his comrades opened the post-resigning club president Josep Maria Bartomeu with a strong showing outside the stadium, and Barcelona snatched a precious two-goal victory from its host Juventus in the second round of the seventh group in the first round of the UEFA Champions League, which also saw the Ukrainian Dynamo Kiev tied with his host Hungarian Ferencváros 2-2.

In Group H, Manchester United continued its brilliant start in the main continental competition, by achieving its second victory in the group stage, after its great victory by five clean at home to Leipzig, which saw Paris Saint-Germain win two clean goals over its Turkish host Basaksehir.

In “Allianz Turin”, Barca played his first match in his new era after the resignation of the controversial club president, who took over the presidency of the Catalan club from January until his resignation last Tuesday after a difficult period that led to the collection of more than 20 thousand signatures from club members to conduct a ballot. To withdraw confidence from Bartomeu and his board.

Messi and his comrades made a strong presentation today in an attempt to erase the effects of the 1-3 defeat by Real Madrid last Saturday in the first Clásico of the Spanish League this season.

The two goals of victory for Barca, Othman Dembli (13) and Messi scored in the first minute of stoppage time from a penalty kick, to be his first goal against Juventus at his home in the history of the confrontations between the two teams, and Messi raised his score to 120 goals in the European championship.

Barca raised its score to 6 points at the top of the group, and Juventus stuck at 3 points in second place.

The “Red Devils” were the only one at the top with 6 points, achieving the full score, while Saint-Germain ranked second with three points, ahead of Leipzig on goal difference, equal in balance, the third-place finisher, and Basaksehir remained at the bottom of the standings without points.