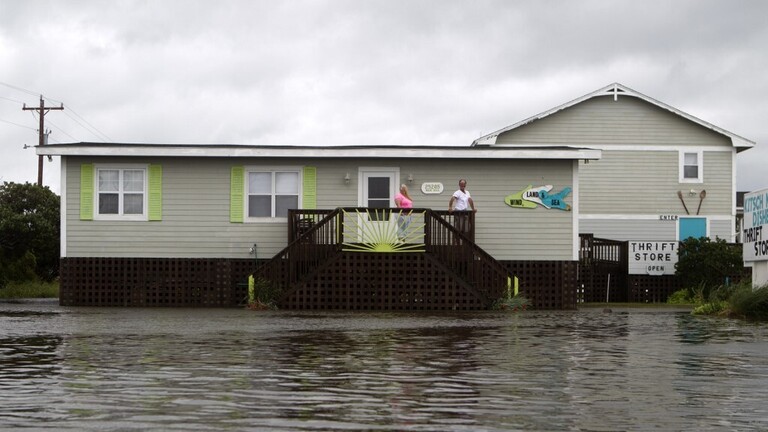 American authorities said that at least seven people died in North Carolina after floods swept through parts of the state, adding that at least two other people were missing.

The emergency services in the Alexander County said that three bodies were found and about thirty people were evacuated, noting that a fourth person in the province was killed in a car after the torrential waters smashed a bridge, while two were killed in the Erdel district. According to the Wake County Sheriff’s Office, a child drowned in Rollsville.

The deputy director of the state’s emergency department announced that five counties declared a state of emergency on Thursday.

North Carolina is exposed to the weather similar to Tropical Storm ETA, as the level of rainwater in some areas reached 25 cm.