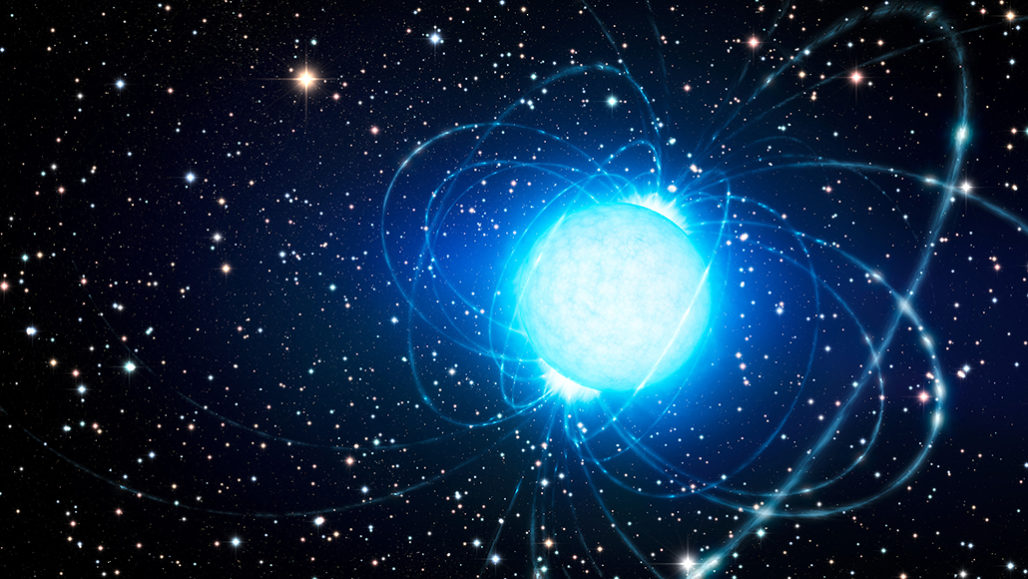 Although it is difficult to determine the source of this type of event, which occurs within a thousandth of a second, astrophysicists have identified, for the first time, a magnetic star in our galaxy as a source of a “fast radio burst”, although the prevailing belief is That flashes of electromagnetic waves can only come from other galaxies.

The French newspaper Le Parisien said on November 4 that this discovery came according to several studies published on Wednesday, noting that scientists have been wondering since the first detection of this cosmic phenomenon in 2007, about the explanation of these flashes. From electromagnetic waves, with serious assumptions like the evaporation of a black hole, and more strange ones, such as a signal from extraterrestrials.

Until now, it was believed that such flashes could only come from other galaxies, so that one of the most accurate previous discoveries in 2016 pointed to a dwarf galaxy located more than 3 billion light years from Earth.

On April 28, the Canadian experiment to mapping hydrogen density, known as “CHIME” and the American “STARE2” observatory, discovered a flash of these flashes, which the two teams attributed to the magnetic star “CGR 1935 + 2154” ( SGR 1935 + 2154) located in our Milky Way galaxy, according to studies that we publish in the scientific journal “Nature”.

“This is the first fast radio flash attributed to a known object,” said Christopher Buchenick, an astrophysicist at the American California Institute of Technology and responsible for Star 2, explaining in a press release that a “magnetic star” is a type A neutron star with a magnetic field so strong that it distorts an atomic nucleus.

And the fast radio flash emitted by this star – according to Bochenik – “in a millisecond, is equal to the energy of the radio waves emitted by the sun in 30 seconds.” At 30 thousand light years.

The newspaper pointed out that this discovery was the result of a real international joint effort between the Canadian “Shimi” telescope and the small Western American network of “Star 2” radio listening stations dedicated to detecting radio bursts in our galaxy, in addition to the fast Chinese radio telescope.

The data of the latter, used in the third study conducted by Professor Ping Zhang of the University of Nevada, Las Vegas, helped “determine how magnets are associated with fast radio flashes,” the newspaper says.