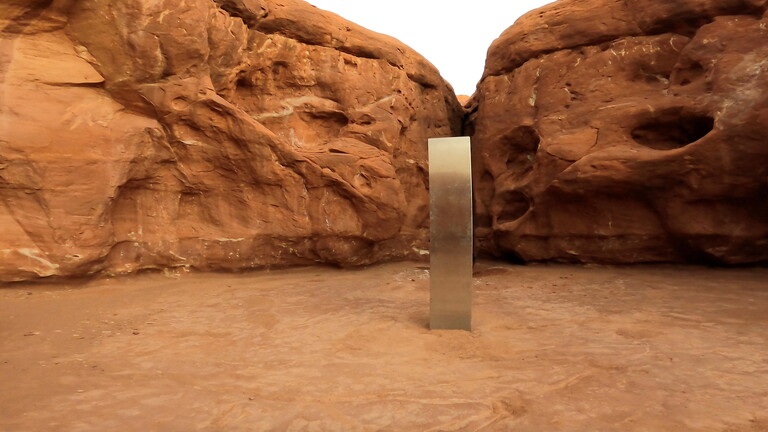 The metal column, which is more than three and a half meters high, disappeared days after its discovery in the American Utah desert, and only a metal triangle remained in the place.

And the Wildlife Administration in Utah, western United States, announced that it had received documented information about the disappearance of the structure, and its removal from an unknown destination, days after it was found.

Earlier reports said that employees of the US Wildlife Resources Administration, found the UFO in the Utah desert while they were preparing sheep in the area from a helicopter.

Video clips circulating in the media showed a shiny metal obelisk discovered in the Utah desert.

The authorities refused to reveal the exact location of the platform, but people were able to find it after two days of being known by the media.

The American press indicated that the object discovered in the desert resembles a strange obelisk from the 2001 “A Space Odyssey” by Stanley Kubrick, except that it is not black, but silver.