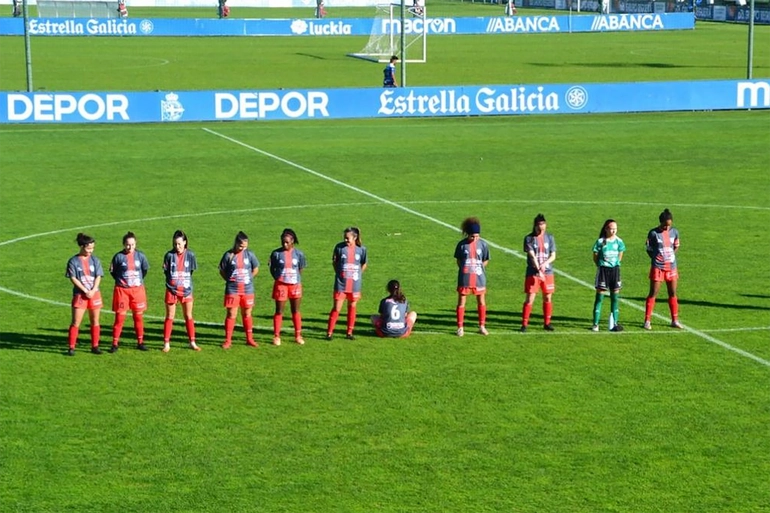 Spanish player Paula Dapina made headlines around the world after refusing to stand a minute of silence to mourn the departure of Argentine legend Diego Maradona, but the incident did not go unnoticed.

A player from Viagis Interes, a third-class club in Spain, sat on the floor and turned her back while her teammates stood for a minute of silence, and Dapina said she refused to stand up for “a rapist, aggressor and homosexual.”

After this incident, Dabina was subjected to a fierce attack on social media, and spoke about her “sudden shame” in an interview with the Spanish “Marca” radio, confirming “if time comes back to me again, I will undoubtedly do it again.”

And she continued, “Last Thursday was the day of the elimination of gender violence, and there was a minute of silence for an abusive man and not for the victims .. Because of my feminist idealism, I can’t salute Maradona.”

“For me, Maradona was a great footballer, but he was not a desirable person … I think you need values as well as skills,” she said.

“I have received support from everyone in the club, and from some on social media, and I also received death threats for me and my teammates … this is the world of social media,” Dapina concluded.