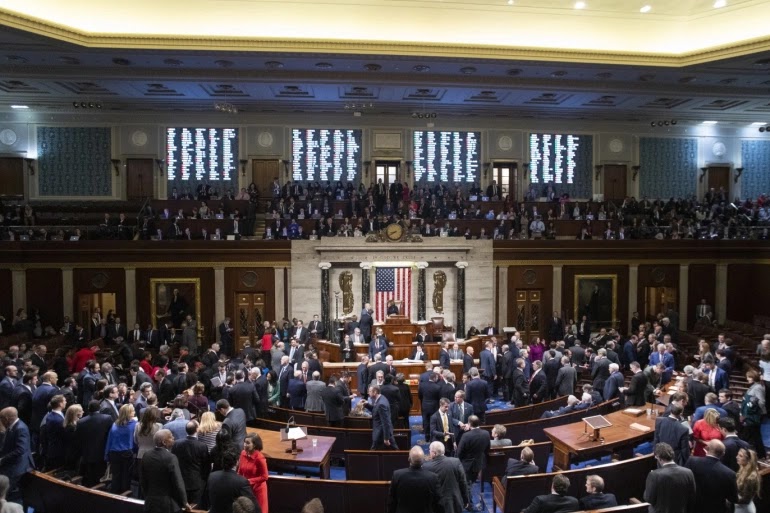 It is estimated that the Democrats have strengthened their control of the US House of Representatives, while the competition for the majority of seats in the Senate intensifies.

According to estimates reported by the American media for the renewal elections for the House and Senate, which are taking place in conjunction with the presidential elections, the Democrats will win 4 or 5 additional seats in the 435-seat House, knowing that they currently occupy 232 of its seats.

House Speaker Nancy Pelosi has said confidently that the Democratic Party maintains its majority in the House.

“We will continue to work on enacting laws that we badly need,” she said in press statements.

With regard to the Senate elections, which are currently controlled by the Republicans, estimates reported by the New York Times indicated that the Republicans advanced by 45 seats compared to 44 for the Democrats, while competition for 11 seats continues.

Democrats are seeking to restore the majority in the Senate, and to achieve this they need 50 seats if they win the presidential election, or 51 seats if President Donald Trump is re-elected.

Earlier, it was expected that the Democrats would fully control Congress during the partial renewal elections, but the final results of at least 5 of the total 14 seats may not be available days or months in some cases.