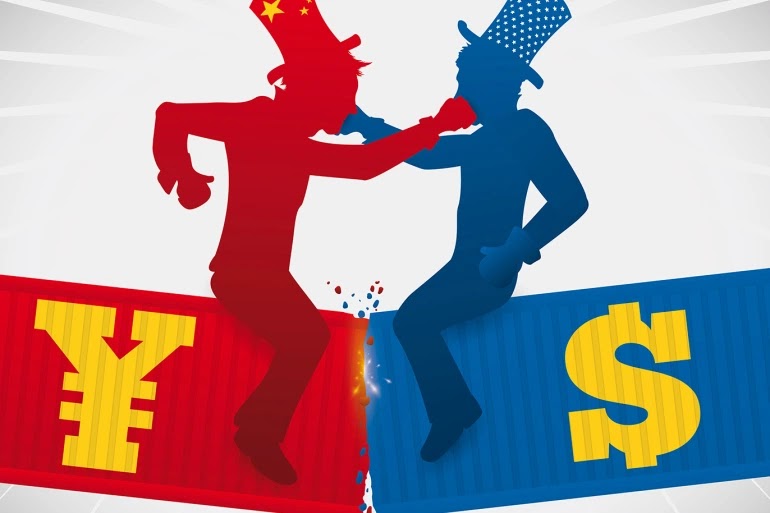 Fifteen Asian economies formed the world’s largest free trade zone on Sunday, in a deal backed by China that excluded the United States, which withdrew from a rival Asia-Pacific group under Donald Trump’s presidency.

The signing of the Comprehensive Economic Partnership Agreement during a regional summit in Hanoi, constituted a new blow to the group that was supported by former President Barack Obama, from which Trump, his successor, withdrew in 2017.

Amid questions about the extent of the United States’ interest in Asia, the partnership may strengthen China’s position as an economic partner for Southeast Asia, Japan and South Korea, as it places the world’s second largest economy in a better position to shape trade rules in the region.

The absence of the United States from the Comprehensive Economic Partnership Agreement and from the group that replaced the transatlantic partnership led by Obama, excludes the world’s largest economy from two trade groups covering the fastest growing regions on earth.

According to Iris Pang, ING chief economist for China, the EPA helps Beijing reduce dependence on overseas markets and technology. This shift has been precipitated by the growing disagreements with Washington, says Pang.

The new agreement, which was presented for the first time in 2012, includes 10 member states of the Association of Southeast Asian Nations (ASEAN), China, Japan, South Korea, Australia and New Zealand.

The agreement was signed on the sidelines of a virtual ASEAN summit chaired by Vietnam, while Asian leaders discuss tensions in the South China Sea and are working on plans for economic recovery in the region after the pandemic, as competition between the United States and China intensifies.

Vietnam said that the partnership covers 30% of the global economy, the same proportion of the world’s population, and reaches 2.2 billion consumers.

“In the current global conditions, the signing of the Comprehensive Regional Economic Partnership Agreement provides a glimmer of light and hope,” said Chinese Prime Minister Li Keqiang after the virtual signing ceremony.

“It clearly shows that multilateralism is the best way and the right direction for the progress of the global economy and humanity,” he added.

The Chinese Ministry of Finance stated that the new bloc’s pledges include the abolition of a number of customs duties within the group, some of which will be implemented immediately and others over a period of 10 years. It did not give details of the products or countries that would receive an immediate fee cut.

“For the first time, China and Japan have reached an arrangement to reduce customs duties, to achieve a historic breakthrough,” the ministry added in a statement, but it did not mention other details.

The agreement is the first in which the East Asian powers – China, Japan and South Korea – have joined a single free trade agreement.

India withdrew from the talks in November last year, but ASEAN leaders have said the door is open for its accession.