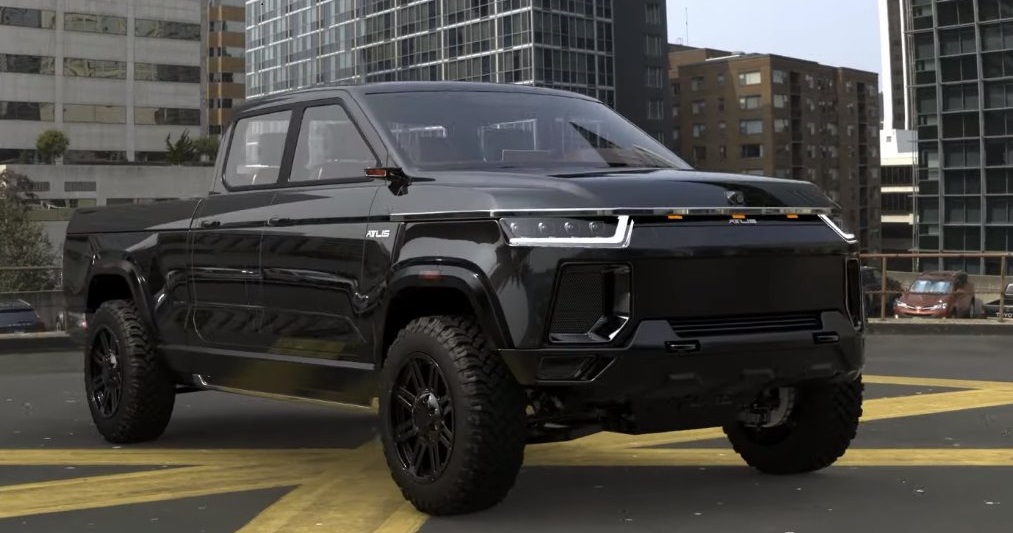 Early last year, Atlis revealed its intention to launch a giant pickup that combines the power of large American vehicles and electric vehicle technologies, and today the features of this vehicle are more clear.

In view of the leaks that have spread to the design of the expected Atlis XT, we note that it came with a huge body that bears the features of GMC and Ford large four-wheel drive cars, but it features narrow lights that work with LED technologies that give it the spirit of modernity and the character of electric cars.

As for the driving interface in this vehicle, it will be almost devoid of traditional buttons, and all multimedia technologies, air conditioning, lighting and driving systems will be controlled via a giant screen located in the middle of the interface, and there will also be a large screen directly opposite the driver that will act as an electronic instrument panel.

This vehicle is supposed to be equipped with electric motors capable of generating more than 400 horsepower, and batteries that can charge 80% of their capacity in just 10 minutes.