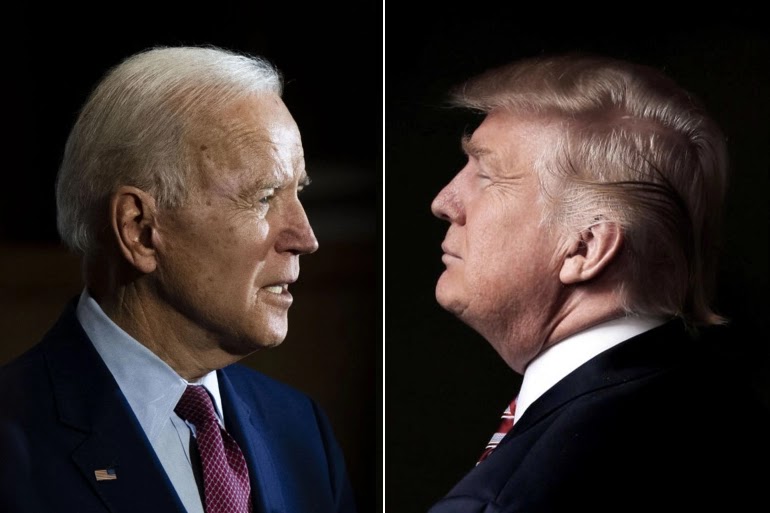 The US Democratic candidate for the elections, Joe Biden, said that he received enough votes to win the presidency, while the Republican candidate, President Donald Trump, denied that he lost the race and provided different information, and his campaign formally lodged appeals before the courts.

In front of a group of his supporters, the Democratic candidate declared that the United States had achieved much, “We will not accept our silence, and my victory is a victory for American democracy.”

“It is clear that we are winning enough states to achieve 270 electoral votes,” he added.

“The margins for my victory in the states of Wisconsin and Michigan are greater than the margins of victory in both states of Trump during the previous elections,” and stressed that he had won the majority of the votes, and said that “we have 3 million differences in the popular vote.”

“After a long election night, we think we have won enough votes,” he said in a short speech. “Our campaign will be the fourth in American history to defeat a president running for a second term,” he said.

Biden pledged to unite the Americans if he were to win, and said the country should stop treating political opponents as “enemies.” The Democratic candidate said that more than 150 million American voters have cast their votes for a government that emanates from the people.

Biden called on everyone to abandon the language of election campaigns and “start listening to each other. Our differences do not mean that we are enemies, and if I win, I will be president of all Americans.” He stated that the presidency is not a partisan institution, but rather requires the patronage of all Americans, and “I will work hard for everyone.”

The Democratic candidate insisted that “every vote must be counted,” and that no one can win simply by making statements, referring to President Donald Trump. “I am sure we will emerge victorious,” he added.

As the count continues, Biden’s progress in some swing states, Trump said in a tweet, “I was ahead in important states yesterday, and then these states began to magically disappear.”

Last night, President Trump announced his victory in the elections, and later insisted on his continued progress, which heralds a constitutional crisis in the country.