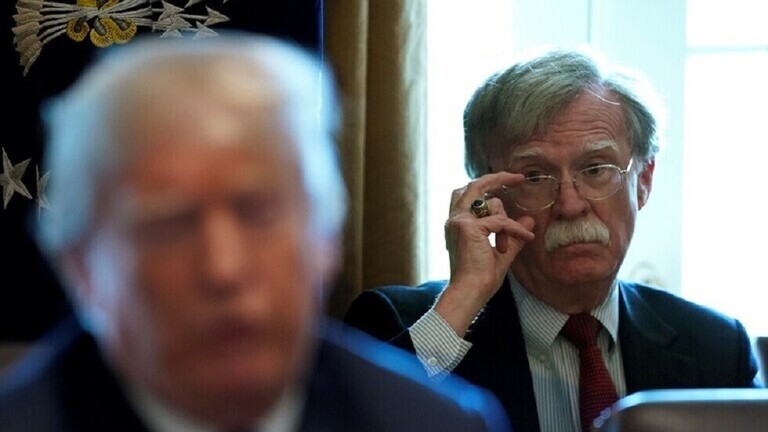 John Bolton, the former national security advisor in the administration of President Donald Trump, warned that the latter could cause “great harm” to US national security, expressing his fear that Trump “will not go quietly.”

Bolton said, in an interview with “CNN”, “A lot of people think, or at least they hope, that he (Trump) will realize that he lost and will go quietly, but I am afraid that the reaction will be exactly the opposite.”

He added, “I think, as I speak as a Republican, the way to contain the damage, not just for the country, but for the party as well, is for Republican leaders to speak up, as some of them are doing now, to acknowledge reality and realize that Joe Biden is the president-elect.”

Regarding allegations of election fraud, which Trump echoes, Bolton said: “We have heard since the elections about tremendous evidence that would have shown fraud and a great conspiracy, but we have not seen that yet, and I do not think there is anything.”

He added, “I think that the longer this lasts, the worse it will be for the United States and its reputation at the international level in particular, when they see a president who is more separate from reality than he was before.”

On US national security, Bolton said: “I think there is a lot of harm that Trump can do,” and he referred to Trump’s dismissal of Defense Secretary Mark Esper, considering that the decision appears to be due to personal motives, and may have “serious damage.”

Bolton warned against exploiting the status quo by America’s enemies and said: “This is the time when the opponents of the United States hope that our attention will turn, to exploit us in one way or another.”

Bolton also criticized Acting Defense Secretary Christopher Miller, who was recently appointed by Trump, describing him as “very inexperienced”, but affirming his confidence in the military leadership of the US Army.