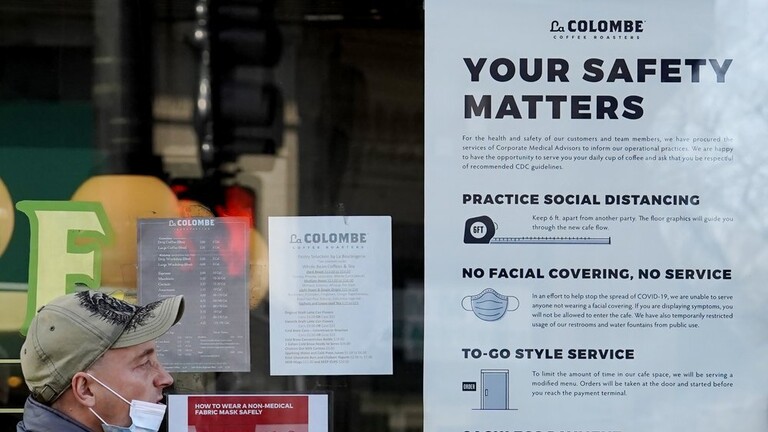 Johns Hopkins University of America recorded a slight decrease in the number of daily infections with Corona virus in the United States, with more than 177 new cases of the epidemic detected during yesterday, Saturday.

The university, which relies on its statistics on data from official bodies and open sources, confirmed that the death toll from confirmed cases of the virus that causes “Covid-19” disease in the United States rose yesterday by 177224 new cases, after an unprecedented jump by 184,514 cases on Friday.

The university reported that it had detected 1,138 new deaths resulting from the epidemic in the country during the day yesterday, compared with 1,431 deaths the previous day.

The total number of “Covid-19” infections that were recorded in the United States so far, according to the university’s latest data, has become 10 million and 905,598 cases, including 245614 deaths, which is the largest toll in the world.