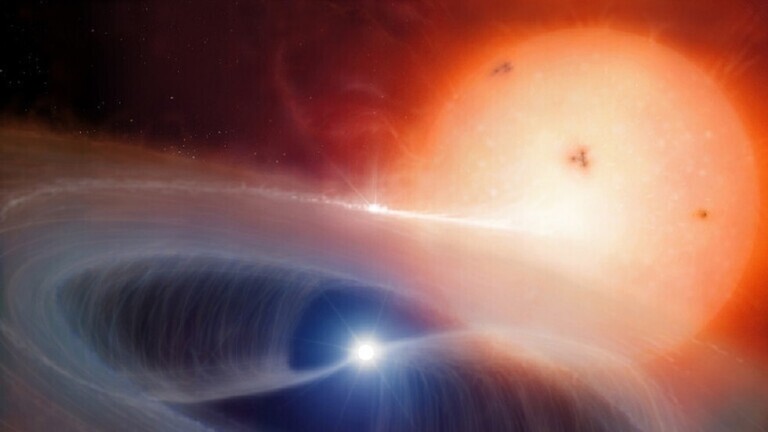 A team of astronomers discovered a strange object that could exist around a pair of black holes, which may help reveal the identity of dark matter and reveal the nature of space-time.

And new research has found that the particular particle can exist around a pair of black holes in a manner similar to how an electron is located around a pair of hydrogen atoms. This is the first time the existence of a so-called “gravitational molecule”.

To decipher what all this means, we must remember that in modern physics the electron is represented as a field – a mathematical object with a value for every point in space and time.

An atom is basically a small nucleus surrounded by an electron field. The electron field responds to the presence of the nucleus, and allows the electron to appear only in certain regions.

The authors of the new study found that certain types of fields – called scalar fields – can exist around binary black holes. It has also been discovered that they can form themselves in patterns similar to how electronic fields are arranged in molecules.

This breakthrough means that scientists may soon be able to detect dark matter using current gravitational wave detectors. This raises a bewildering possibility to shed light on the poorly understood dark sector of the universe.