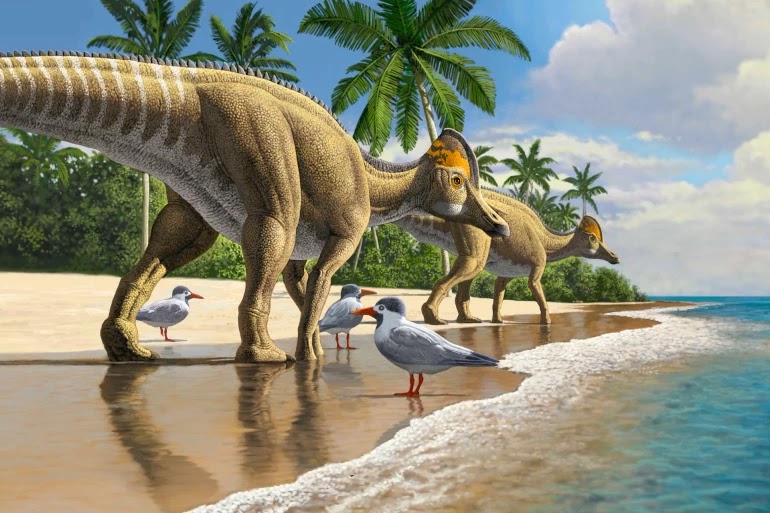 A recent scientific study by an international research team has discovered the remains of a duck-billed dinosaur in Khouribga, located in the middle of the northern half of Morocco. It was called “Ajnabia odysseus”, and it is 66 million years old.

“This study sheds light on the existence of a new type of dinosaur in Morocco, and the remains of this dinosaur were found in the phosphate deposits in the Moroccan city of Khouribga,” Says Noureddine Jalil, a Moroccan researcher involved in the study.

According to the scientific study published in the journal Cretaceous Research on November 2, this herbivorous dinosaur belongs to the “fold-billed” or duck-billed dinosaur, which has a length of 15 meters, while this dinosaur discovered in Morocco Small in size, it does not exceed 3 meters in length and is similar to the size of a cow.

Noureddine Jalil notes that “the public is passionate about the biological diversity of past eras, and about the creatures that inhabited the earth before the advent of mankind.”

“This is the first time that this type of dinosaur has been found in Morocco and Africa, and the discovery demonstrates once again the importance of the fossil wealth in Morocco, and its phosphates in particular,” he added.

On the importance of this study, Moussa Masrour, a researcher at the Faculty of Science at Ibn Zahr University in Agadir, commented “This study introduced a new type of dinosaur from the family of ” Hadrosaurids –Lambeosaurinae” and dates back to the Upper Mystrician era (Upper Cretaceous period).

He explained that “the dinosaurs that lived at this time can be considered one of the last dinosaurs that lived before their extinction in the last of the upper Cretaceous period, about 65 or 66 million years ago, and the discovery of this new species in Morocco refutes the belief that Lambeosaurinae existed only in Europe, and then re-discovery Building the geography of that time, or what is known as palaeography or ancient geography.