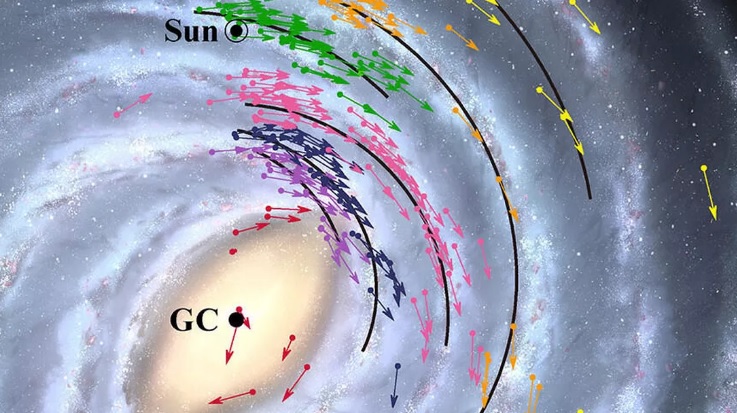 At the center of the our galaxy there’s a supermassive black hole called Sagittarius A estimated to have about 4.5 million times the mass of our sun.

New research shows that we are 2,000 light-years closer to Sagittarius A than previously thought. What’s more, Earth is also moving at a faster speed.

This doesn’t mean we’re in any danger of being crushed to atoms — we’re not moving closer to Sagittarius A, it’s simply the result of a more accurate model of the Milky Way based on new data.

Over the last 15 years, a Japanese radio astronomy project, VERA, has been gathering data. Using a technique called interferometry, VERA gathered data from telescopes across Japan and combined them with data from other existing projects to create what is essentially the most accurate map of the Milky Way yet.

By pinpointing the location and velocity of around 99 specific points in our galaxy, VERA has concluded that the supermassive black hole Sagittarius A, at the center of our galaxy, is actually 25,800 light-years from Earth — almost 2,000 light-years closer than what we previously believed.

The VERA project is now hoping to increase the accuracy of its models by increasing the number of data points it uses for its calculations.

The project researchers soon hope to include the EAVN (East Asian VLBI Network) as part of its data toolset, which would allow them to gather data from a larger suite of radio telescopes from Japan, Korea, and China.