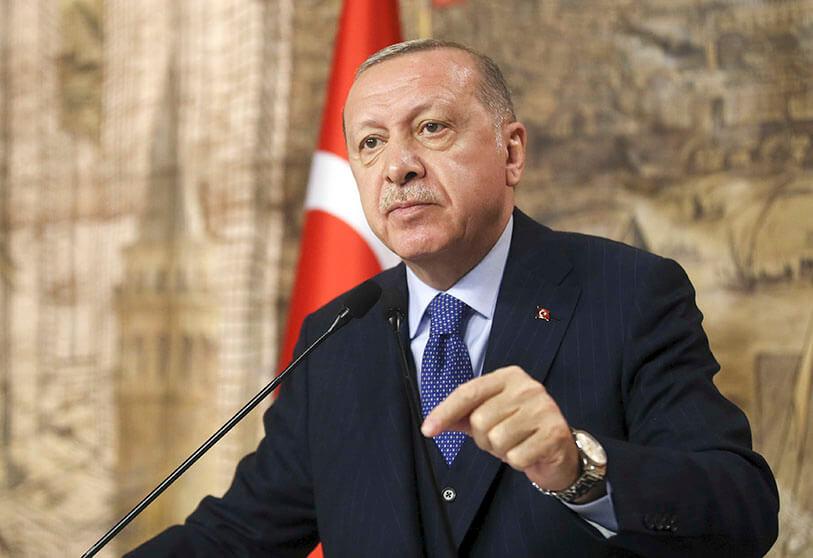 Turkish President Recep Tayyip Erdogan affirmed today, Saturday, that “the Turks must defend the rights of Jerusalem, even with their lives,” stressing that it is an “honor of the Islamic nation”.

He said, “Let us all put our differences aside, and meet at the common denominator of Islam in the face of attacks on our sanctities.”

The Turkish president added, “We notice the rise of ideological extremism, which is not different from the practices of” ISIS “or” Gulen “organization, but rather we see heads of state encouraging it.”

Erdogan described what he considered “anti-Islam” as the fast-spreading virus, saying: “Besides Corona, this year we have faced the fastest spreading anti-Islam virus.”

He pointed out that “everyone followed the abuse of the Prophet Muhammad recently under the pretext of freedom of expression in France,” warning that “the offense to the sanctities of others has nothing to do with this freedom.”

He also affirmed that he “seeks a balanced and fair policy on religious freedoms that provides a model for all of humanity,” noting that “there are those who do not bear the slightest criticism after the attack on the sacred values ​​of Muslims, and they justify this attack with freedom of thought and information.”