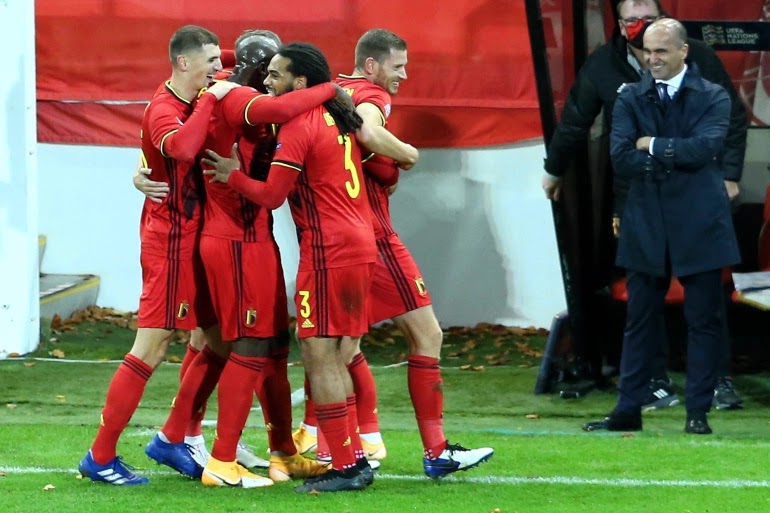 The competition was confined to the top spot in Group Two in the first part of the group stage of the European Nations League, between Belgium and Denmark, at a time when England’s hopes of qualifying for the final rounds of the tournament faded.

Belgium won with two goals without response at home to England in the fifth (penultimate) round of the group, while Denmark defeated its guests Iceland 2-1.

The Belgian national team maintained the first place in the group and qualified for the finals of the tournament after raising its tally to 12 points, a difference of two points in front of the closest opponents of the Danish national team, while the balance of the England national team stuck at 7 points in the third place, and the Icelandic team remained – whose relegation to the second section of the competition was confirmed since Last round – at the bottom of the standings with no points after receiving their fifth consecutive loss.

In the Belgian capital, Brussels, the “Red Devils” goals were scored by Yuri Telemans (10) and Dries Mertens (24).

The Italian team raised its score to 9 points at the top of the standings, one point difference from the Dutch team, which occupies second place, while the Polish team is in third place with seven points, and the Bosnian team stopped at two points in fourth place to officially fall to the second division league regardless of the results Matches of the last sixth round.