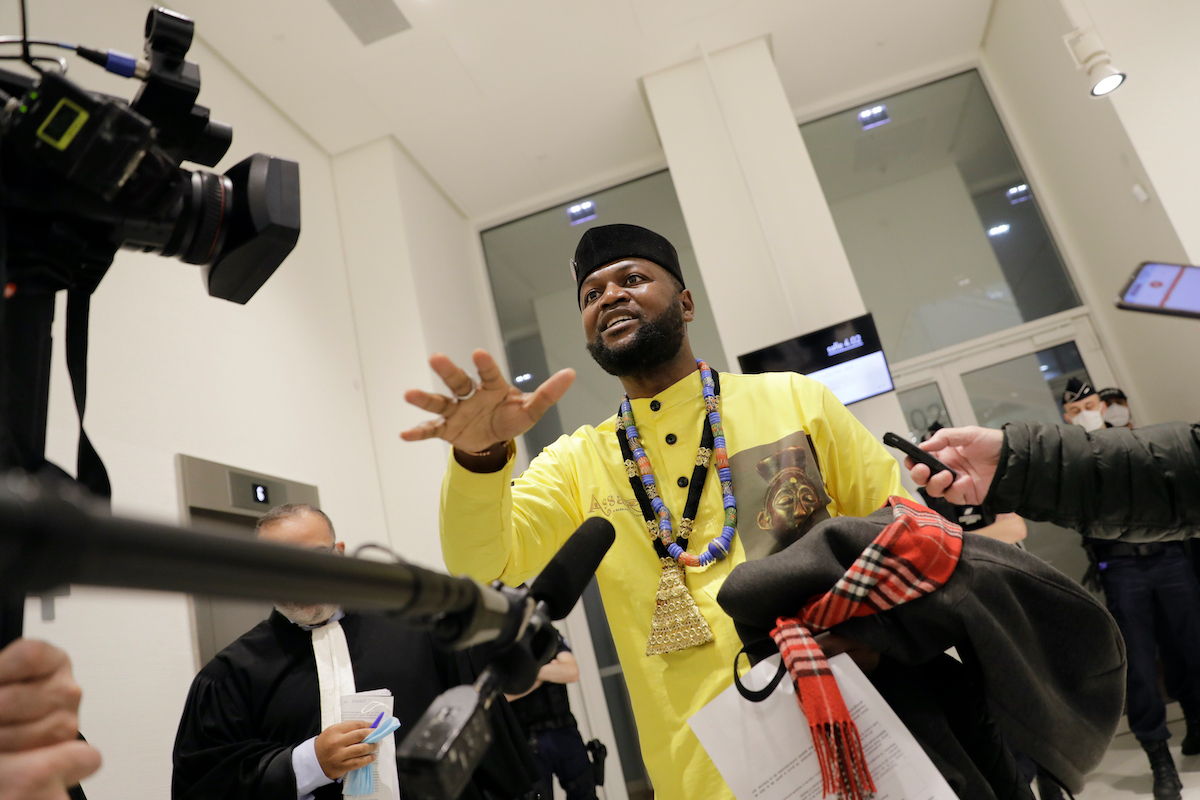 The trial of the Congolese activist, Emre Moazzolo Diabanza, who tried to steal an artifact displayed in the Louvre Museum, is scheduled for December 3 in Paris.

The Congolese activist was arrested after attempting to seize a thirteenth-century statue on display in the Louvre.

Mwazulu Diabanza’s lawyer, Hakim Sharqi, told The Art Newspaper that the incident took place on Thursday, October 22. According to the same source, his client appeared on Monday, October 26, before the judges, as it was decided to release him until the date of his trial scheduled for December 3.

Imre Mwazulu Diabanza will then be tried for “aggravated theft” (stolen movable property has important scientific, artistic or historical value and is part of a public collection or exhibition). He was banned from any museum at all.

In a video posted on Twitter last Friday, Emre Mwazulu Diabanza can be seen in the section devoted to basic arts, holding a statue and removing it from its pedestal.

During the video, the activist can be heard saying: “We came to take back what belongs to us. I came to take back what was stolen, and what was stolen from Africa, in the name of our people, in the name of our motherland Africa.” As someone tries to intervene and demand that the museum doors be closed, the Congolese activist replies: “Where is your conscience?”

In response to a question from The Art Newspaper, the Louvre determined that the work seized by the Congolese activist was a sculpture from the end of the 18th century from the island of Flores in eastern Indonesia. So the sculpture has nothing to do with the activist’s claims.