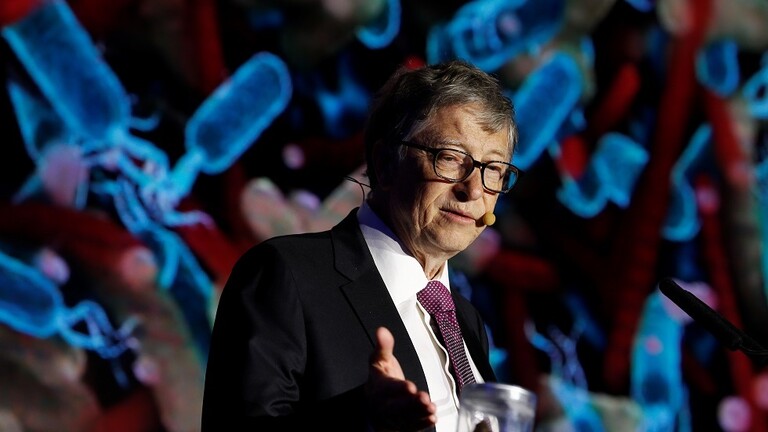 Microsoft founder Bill Gates said that humanity will face another pandemic in the near future, but he seemed optimistic about the world’s ability to face it better compared to the Corona pandemic.

In a radio interview with actress Rashida Jones and infectious disease expert Anthony Fauci, Gates explained that the next pandemic may occur after 3 years, adding that humans will be lucky “if it is 20 years late.”

He expressed his confidence that the world would be better prepared for the next pandemic, adding that humanity “will not be so stupid” as it is today.

And Gates said last September that he expected the Corona pandemic to end by 2022.

Bill Gates is known as a major investor in the pharmaceutical sector, and has allocated millions of dollars to develop 7 different vaccines against “Covid-19” alone.

He previously said that between 70 and 80% of the world’s population should be vaccinated against the virus, before anyone hopes to lead a normal life again.

The well-known Russian doctor Andrei Kondrakhin, in a comment on the predictions of Microsoft founder Bill Gates for the emergence of a new epidemic soon sweeping humanity, considered that these predictions, if true, would shake the world.

He said in an interview with the “Moscow Evening” newspaper: “Of course, a corona virus of a specific type can turn into another type of corona virus. It is possible that the disease appears and meets the incubating environment in a country, and then the residents of this country get used to the disease and its treatment But if one of these patients travels to another country and transmits the infection to it, the disease will turn into a dangerous epidemic. “

He added that the main mistake lies in humanity’s neglect of some types of infections, especially adenoviruses and influenza.

He said: “Now we will be able to control Covid disease and help human immunity with vaccinations, and this is a great thing on the one hand. But on the other hand, we will stop paying attention to other diseases.”