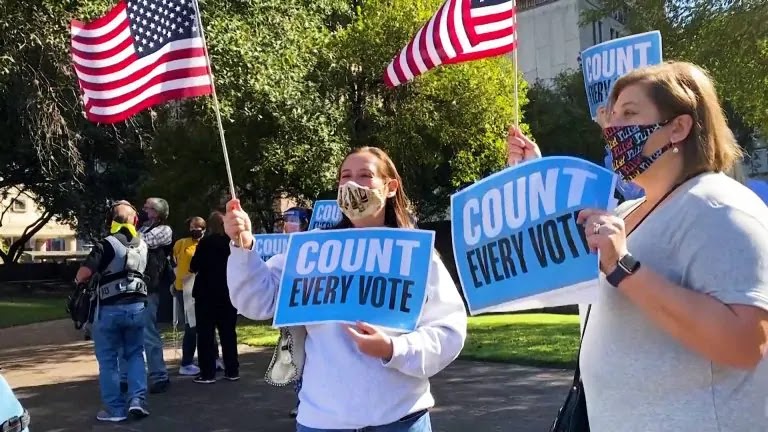 A senior official in the US state of Georgia announced that the state will recount all ballot papers cast in the presidential election on November 3.

State Secretary Brad Ravensberger said, “From an arithmetic point of view, we must manually recount all papers because the margin is very close,” noting that “we want to start this process before the end of the current week.”

The campaign of President Donald Trump, a lawsuit was filed to stop the counting of votes in the states of Georgia, Michigan, Pennsylvania and Wisconsin.

The lawsuit alleges that a Republican observer saw a poll worker take unprocessed postcards from a backroom and mix them into pre-prepared cards awaiting scheduling.