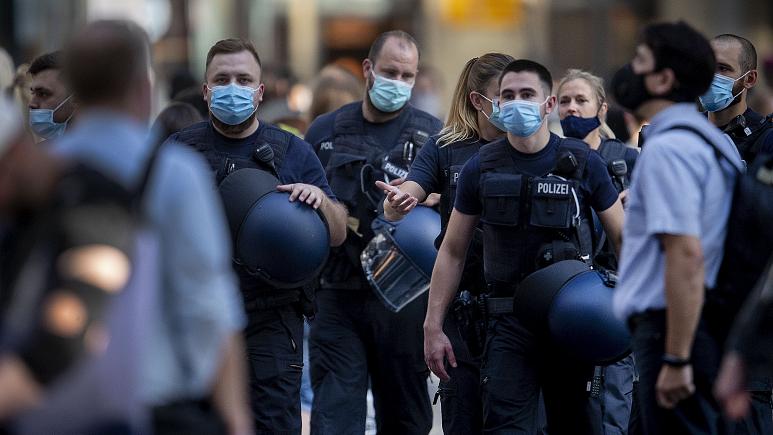 The city police in Frankfurt, Germany, announced on Sunday that police officers were attacked Saturday evening by a crowd of between 500 and 800 people, for no apparent reason.

The violence began around 10:45 p.m., when people began throwing rocks, water bottles and eggs at a police car that was passing by.

The confrontations quickly took a violent turn. And the police said in a statement published Sunday that a crowd of between 500 and 800 people “who do not respect the recommendations related to the emerging corona virus” had gathered to attack a main police station in the city with eggs and water bottles.

The police indicated that nine people were arrested and then eight were released due to lack of evidence against them. Frankfurt Police Chief Gerhard Bereswil declared that it is the second night that there are clashes with groups that seem to “gather spontaneously against the police,” adding that such behavior cannot be tolerated.