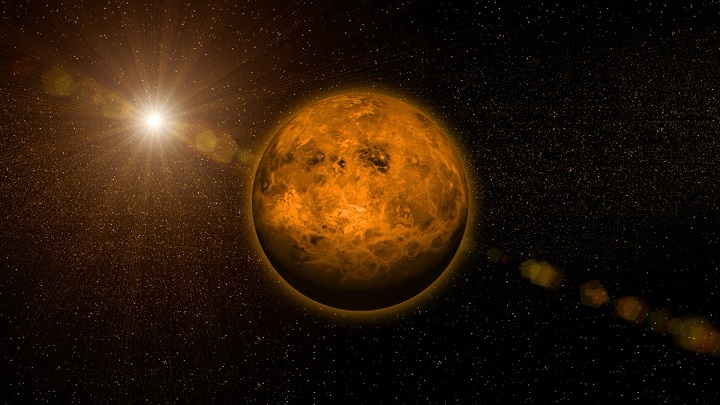 The existence of extraterrestrial life has long occupied the minds of scientists, and has taken hold of many projects of international space agencies; But is the existence of that life bad news or good news?

Writer James Mellor said in his report, which was published in the French newspaper, Le Point, that the discovery of phosphine on Venus suggests that several hypotheses will emerge.

Reaching out signs of life on Venus might be a very bad thing for the future of humanity, and according to one theory, if we have not seen aliens yet; It is because it tends to destroy itself before it has time to invade galaxies.

It is estimated that our galaxy alone is home to about 20 billion Earth-like planets, many of which may be more than a billion years old.

It is easy to believe that another civilization outside the planet is able to come to Earth, given the speed of light. So why is there not at least one planet in our galaxy that has spawned an intergalactic civilization that we can discover?

On planet Earth, for example, life is distributed from the depths of the oceans to the highest mountain peaks. So why hasn’t this happened elsewhere in our galaxy as well? We can expect that strange types of creatures want to colonize all areas of the universe that they have access to, just as humans used to occupy all habitable areas on Earth.

And in about a thousand years, if the pace of technological change continues, there is no doubt that humankind will send spaceships to colonize other star systems.

In return, these new worlds will send their ships to other planets. In a million years, which is equivalent to the blink of an eye on the scale of galactic existence, we might be able to reach all the stellar systems in our galaxy; But why did other creatures not come to occupy us today?

If we want to be optimistic, we will consider that we have not seen aliens until the end of the day. Because it does not exist, and the emptiness of the universe hinders humanity from moving into trillions of uninhabited planets.

But the information recently discovered about Venus raises doubt, as the acid atmosphere of Venus bears traces of a rare molecule, phosphine, which is found on Earth and associated with microbes that live in environments devoid of oxygen.

No researcher can claim to have discovered real life, and even if these microbes were present on Venus, many factors could explain why the development of life on Venus stopped long before intelligent life forms developed.

The writer says that this does not mean at all that a civilization developed and was annihilated on Venus. But if microbes are found on Venus, it will help show that spontaneous generation, which means the evolution of life forms, is not a phenomenon specific to our planet.

Let’s imagine that we know that thousands of advanced civilizations have already appeared in our galaxy long ago. All of these civilizations may have eventually succumbed to internal conflict, destroying each other with nuclear weapons before they had a chance to spread to another star system.

And if we actually find life on Venus, it might have the same origin as life on our planet, it is possible that primitive life appeared only once in our solar system, and perhaps once in the entire visible universe, on Earth or Venus, before it moved to planet else.

Or maybe life started elsewhere and somehow made its way to our solar system aboard a comet, or perhaps one of the spaceships that we sent out into space accidentally infected Venus with our microbes. In all these scenarios, life on both planets will have a common bond.

Beyond the self-destruction of civilization by wars or disasters such as asteroid impacts, advanced societies have another cause of mass destruction: a trap masked by the laws of physics similar to the first atomic bomb. All civilizations will become extinct in the same way, by taking a lethal technological step, according to the writer.

The writer emphasizes that many of the theories of the great candidate (self-destruction) that have been proposed are unrealistic, and he says that bacteria are self-reproducing. And some terrestrial probe bacteria could have a truly massive impact on Venus if we assume that they could have found food in the atmosphere.

By analogy, humans could someday create intelligent robots capable of traveling in space, and using materials from other star systems to create billions of copies of themselves, such as bacteria, these new robots could then begin to reshape planets to make them liveable.