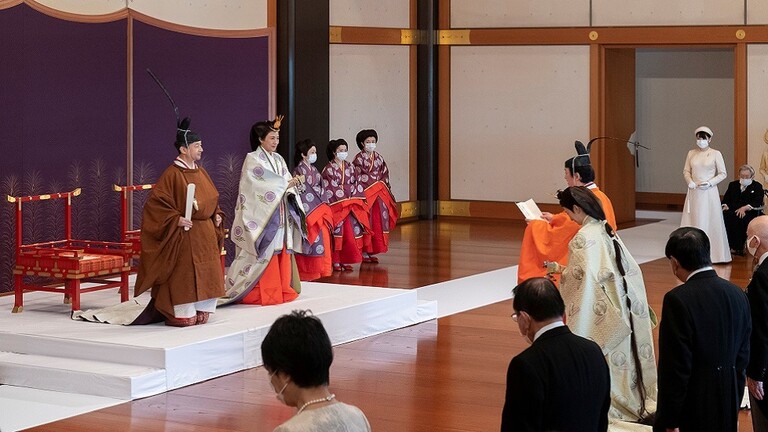 Japan officially declared Prince Akishino as crown prince Sunday, in the latest in a series of celebrations after his older brother Naruhito became emperor last year after their father abdicated the throne.

These celebrations, which lasted all day in the palace, were scheduled to take place in April, but were postponed due to the Corona virus pandemic and were reduced as the infection continued to spread, although Japan escaped the outbreak of the disease significantly, as was seen in many other countries.

Under Japanese law, only males can inherit the throne, so Naruhito’s only descendants, Princess Aiko, 18 years old, are not eligible to inherit the throne. Efforts to amend the law lost momentum when Akishino’s wife gave birth to a son, Hisahito, in 2006.

“I am thinking deeply about the responsibility of the crown prince and I will carry out my duties,” Akishino was quoted by the Japanese Radio and Television Corporation as saying to the audience, most of whom were wearing masks.

Akishino, 54, is one of only three heirs to the throne, along with Hisahito, 14, and Prince Hitachi, 84, the younger brother of Emperor Akihito, who stepped down last year in Japan’s first abdication in two centuries.