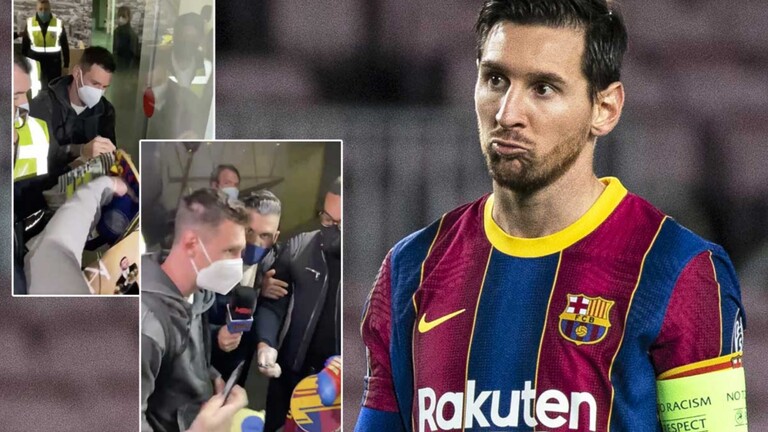 Barcelona captain Lionel Messi was not in a good mood after arriving at El Prat airport in Barcelona, on Wednesday, after his participation in the South American qualifiers for the 2022 World Cup Qatar.

Messi was waiting the moment he arrived, 5 tax agency inspectors, forcing the tired 32-year-old bomber from the 15-hour flight in his private plane to respond to inspectors’ inquiries for an hour.

On his way to leave the airport, Messi exploded upon asking journalists about the statements of his former French colleague Antonio Griezmann, and said: “I am tired of being always the problem of everything at the club.”

After completing the hustle and bustle of reporters waiting for him at the airport exit gate, Messi, visibly unhappy, made another comment when he got into his car as his wife Antonella Roccuzzo was waiting for him.

Messi said, “Moreover, after a 15-hour trip, the tax authorities were waiting for me, he is crazy,” according to the Spanish newspaper, Marca.

It is expected that Messi will participate in the next Barcelona match after the international break to meet Atletico Madrid in the 10th round of the “LaLiga” next Saturday.