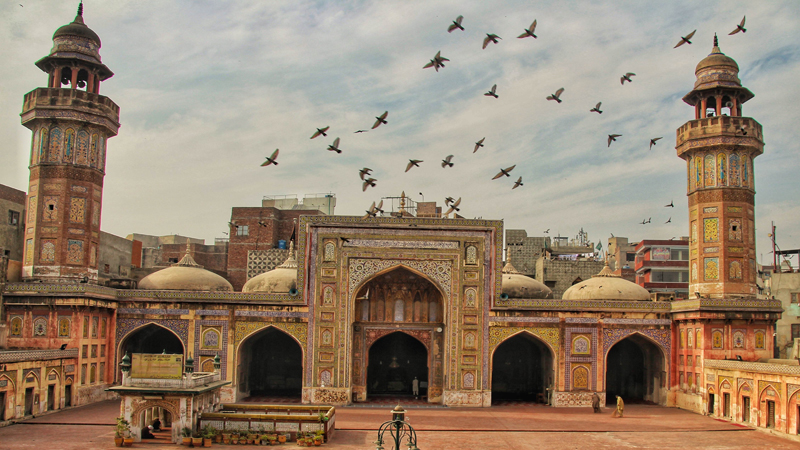 The “Wazir Khan” Masjid, built during the reign of the Mughal Empire of India in the 17th century AD in the state of “Punjab”, Pakistan, is at the top of the sites that attract visitors thanks to its unique architecture and wonderful decorations.

The construction of the Masjid began in 1634 during the reign of Sultan Shah Jahan, who left very important landmarks such as the “Taj Mahal”, “Friday Mosque” and “Red Fort”, in various regions of the Indian subcontinent, according to Anadolu Agency.

The Masjid took about 7 years to build, and it was named after Hakim Alamuddin Ansari, the ruler of Punjab at that time, known as “Wazir Khan”.

The Masjid is located near the Lahore Citadel, and is characterized by having 4 octagonal beacons, a wide courtyard, 5 domes, and many and varied decorations.

The Masjid’s courtyard includes 32 small cell-shaped rooms, believed to be reserved for students when building the house of worship, in addition to the ablution basin that appears in many Mughal mosques in the subcontinent.

The courtyard also includes the mausoleum of the Sufi cleric Syed Muhammad Ishaq Ghazruni, known as Miran Badshah who immigrated from Iran, in addition to that the mosque includes a market for calligraphers and a hammam.

The domes of the Masjid, which has existed for hundreds of years, contain Quranic verses and the beautiful names of God, geometric shapes, and colorful decorations of flower and tree patterns, making it a distinctive destination for local and foreign tourists. 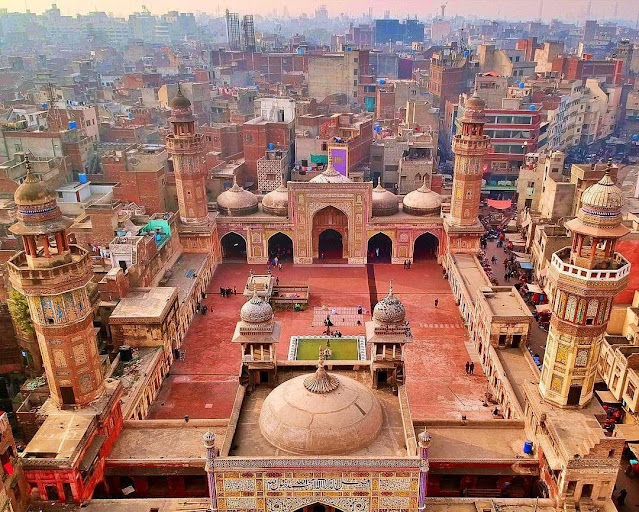 The Masjid provides a quiet place for those wishing to get away from the crowded streets near it, and from the sounds of the horns of passenger cars.

The Masjid, located in Lahore, is on the Provisional List of World Heritage by the United Nations Educational, Scientific and Cultural Organization (UNESCO).