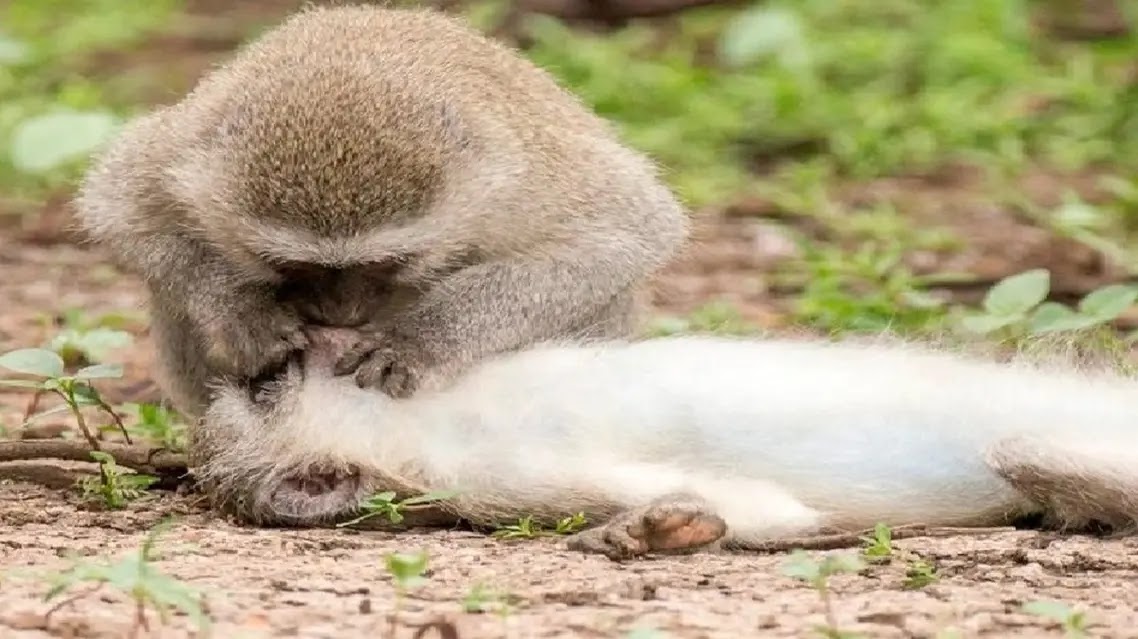 For some reason, a female monkey collapsed almost unconscious in the Gaborone Game Ecological Reserve in “Botswana”, bordering Africa, to Zimbabwe, Namibia and other countries, so another of her species, rushed to her, and he began to treat her in the way only knowledgeable professionals do With first aid.

At that very moment, a wildlife British photographer, born 28 years ago in South Africa, happened to be there, according to what appeared on his website. William Steel focused the camera at what he was seeing and filmed what appeared to be the first CPR or “cardiopulmonary resuscitation” done by a monkey from mouth to mouth in the wilderness.

The photographer said that he could not describe what happened except in a tragic manner, which is that “a female monkey fell to the ground, and at first I could not know exactly what happened. As if he had started running the recovery process, “the British LadBible news site quoted him as saying.

However, the British newspaper “Daily Star” also quoted the photographer as saying that “the female is the one who throws herself on the grass to attract attention.” It is also possible that what the monkeys did was imitating a resuscitation performed by someone in front of him.