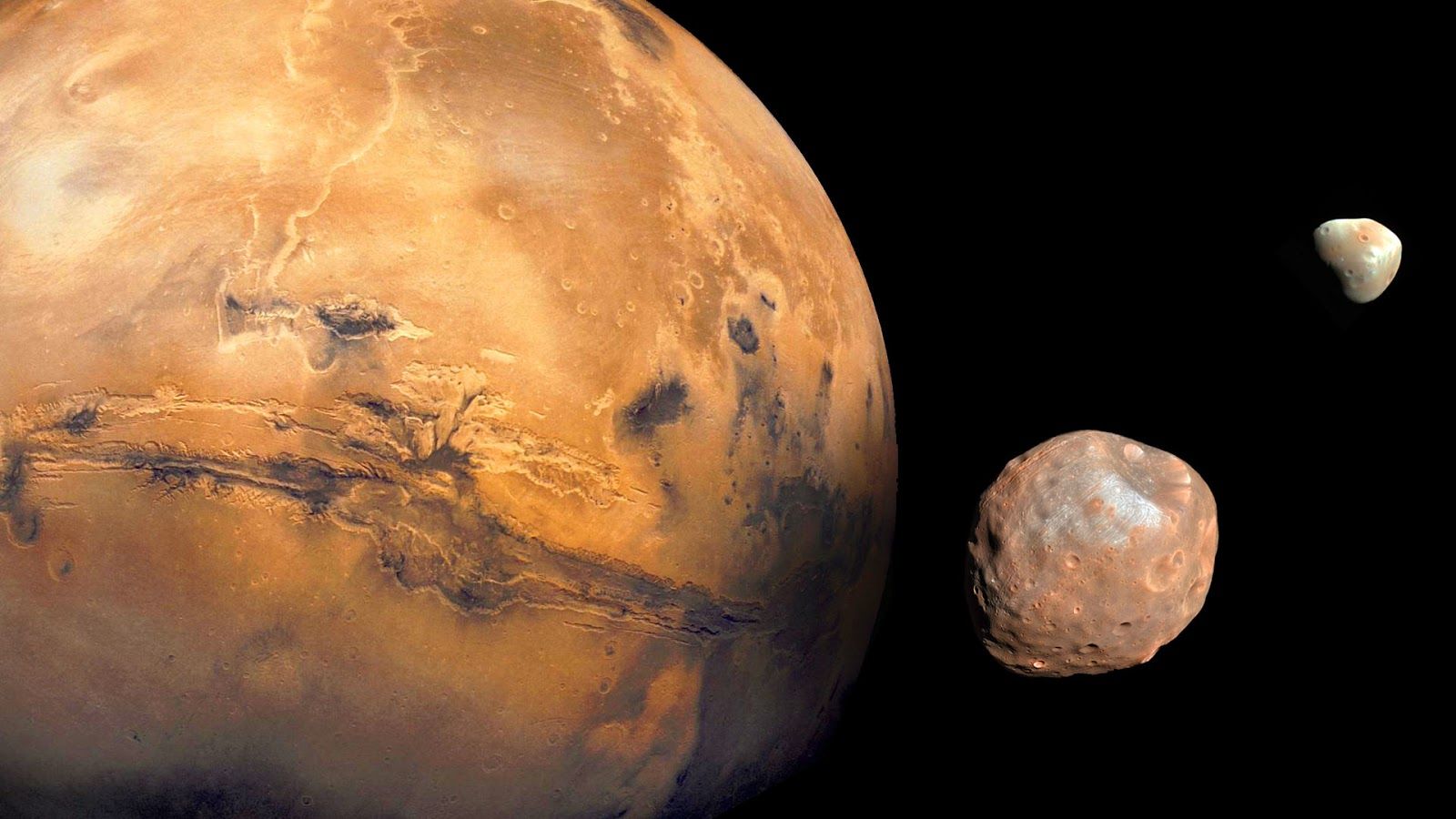 An international team of researchers discovered an asteroid located behind Mars, whose formation strikingly resembles the formation of the Moon, and scientists believe that this asteroid may originally be an ancient piece of moon debris separated from it 4 billion years ago during the formation of the moon and other rocky planets in our solar system.

The diameter of this asteroid, which is classified within the Trojan asteroids, is about one kilometer and it was observed 22 years ago, but the new study will be published by the journal “Icarus” in its issue issued in January, revealing the striking similarity between it and the moon.

What are Trojan asteroids?

Trojan asteroids are a class of asteroids that follow planets in their orbits, such as the herd of sheep that follow the Shepherd, and are trapped in “safe gravitational havens” located on the planet’s orbit in two locations in front of the planet.

These sanctuaries, in which the gravitational pull of Mars and the Sun are equal, are called “Lagrangian points” and, to the observer from the Sun, they are separated from the planet by an angle of 60 degrees.

These objects are of great interest to scientists, as they represent the remaining material from the stage of the formation of the solar system and its early development. Several thousand Trojan asteroids exist along the orbit of the giant planet Jupiter, and a few are in the orbit of Mars, Earth’s neighbor.

A team that includes scientists from Italy, Bulgaria and the United States led by the Armagh and Planetarium Observatory (AOP) in Northern Ireland, according to a statement published by the observatory, studied Trojan asteroids on Mars in an attempt to understand more about the early history of the inner worlds of our solar system, in addition to searching for asteroids from This species may be found on Earth’s orbit.

To find out the composition of Mars’ Trojan asteroids, the team used a spectrometer (X-SHOOTER) installed on the very large European Southern Observatory (VLT) in Chile, which has a diameter of 8 meters, and this device measures the asteroid’s surface reflecting the sun’s rays in different colors.

After making a comparison with other solar system bodies of known configuration, the team determines whether the asteroid is made of material similar to rocky planets such as Earth, or whether it is formed of carbon and water, which is the typical material for the outer solar system outside Jupiter.

Among the Trojan asteroids that the team examined was the asteroid named (101429) 1998 VF31. Whose color spectrum data showed a composition similar to a common class of meteorites called ordinary chondrites, which are non-metallic, stone meteorites whose properties have not changed since their formation.

The extraordinary ability of VLT to collect light allowed it to collect high-quality data on this asteroid more than ever before.

After combining these new measurements with data previously obtained at the NASA Infrared Telescope facility in Hawaii, the researchers found that the spectrum reflected on the asteroid matched surprisingly and unexpectedly with the spectrum of reflected light on the surface of the moon.

Scientists asked a question, about where this unusual asteroid came from? They found that the closest possibility is that the asteroid separated from the moon after colliding with a large crime 4 billion years ago.

“The space separating the newly formed planets was filled with debris, collisions were common, and large asteroids constantly hit the moon and other planets,” explains Dr. Apostolos Christo, astronomer at AOP and the lead author of the research.

“It could be that a fragment of this collision reached Mars’ orbit when the planet was still forming and was trapped in Trojan clouds,” he says.

But scientists do not rule out other possibilities, including that it is just an asteroid that resembles regular chondritic meteorites, which acquired their moon-like appearance through eons of exposure to solar radiation, a process called space weathering.

It is also possible that a piece separated from Mars itself due to the presence of a large proportion of pyroxene in its composition, which is a mineral found in the outer layer or the crust of objects the size of the planet.

And Mars, like the moon and the earth, suffered collisions with other objects early in its history.

Regardless of the source of this amazing asteroid, continuing work on exploring this class of objects will allow in the future to obtain more accurate information about the composition of the solar system at an early stage of its formation.