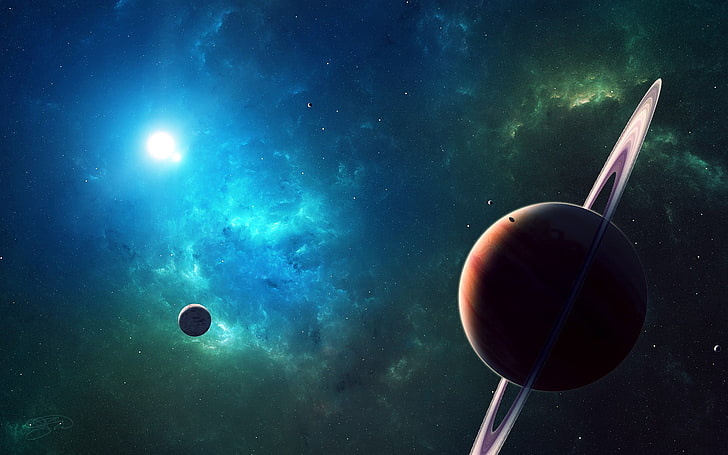 Perhaps the most striking astronomical event next December, Jupiter and Saturn, the two solar giants, will approach each other in the night sky, at the closest distance since 1226AD.

During the month of December, you can see this wonderful scene in the sky after sunset for about an hour, as the two planets appear as bright stars on the horizon, close to each other to a remarkable extent.

The planets appear in the night sky as bright stars; Because, like the moon, it reflects sunlight back to Earth. But because they are so far from us, they appear to us as stars. Jupiter is brighter than Saturn, and appears white, while its companion tends to be slightly yellow.

Start observing this duo starting from day one this coming December. Saturn is above and Jupiter below it, day after day you will notice that they are getting closer to each other, and they are closest to each other on the night of December 21, where they appear as if they have stuck to each other.

Therefore, it is also an opportunity for owners of telescopes and amateur astrophotographers to contemplate the two planets together in one shot, in small telescopes the planet Saturn appears in a small circle surrounded by clear rings, and Jupiter appears as a ball larger than Saturn, surrounded by a group of 4 points bright like stars, these are the four Galilean moons, It is the largest of Jupiter’s moons.

And even when they approach, they are at different distances, in December they will be at the closest distance for 8 centuries, and the same thing will be repeated in 2080 on March 15, after which the matter will not be repeated until 2400, according to a statement issued by an astronomer Rice University in the US, be sure to consider this rare scene.