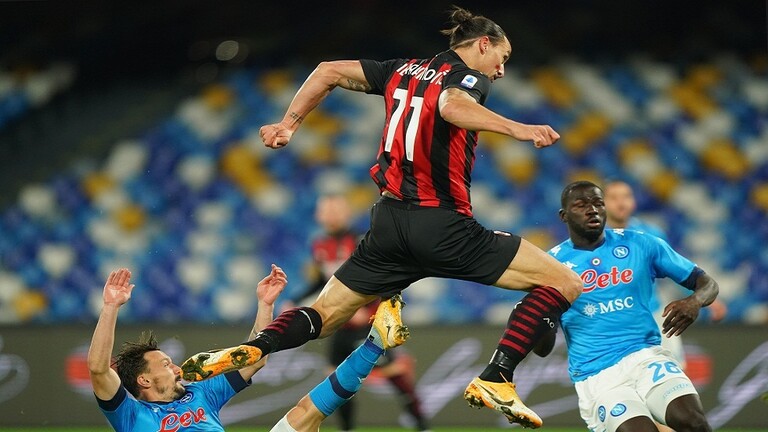 Milan won a precious 3-1 victory over Napoli in the match that brought them together today, Sunday, in the eighth round of the Italian Football League.

The Swedish star Zlatan Ibrahimovic scored two goals for Milan in the 20th and 54th minutes, while the third goal of the Rossoneri was ensured, the Norwegian Jens Peter Haugi in the fifth minute of overtime.

Neapolitan’s only goal was scored by Belgian Dries Mertens in the 63rd minute of the match.

Napoli have played with ten men since the 65th minute, after their French player, Taymuy Bakayoko, was sent off for a second warning.

Milan have not lost in their last 20 league matches, winning 15 matches and tied in five more.

With this victory, Milan raised its record to 20 points and quickly regained the lead from runner-up Sassuolo (18 points), who earlier today beat his host Hellas Verona with a clean double.