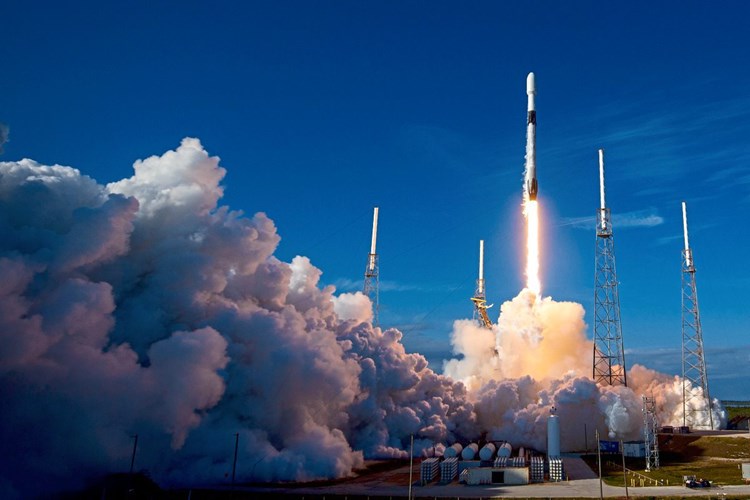 The US private company SpaceX launched a group of small satellites that include 60 “Starlink” communications and internet satellites on Tuesday (November 24th).

The company’s electronic portal said on “Twitter” that the “Falcon 9” missile launched the 16th group of satellites from the Space Airport at Cape Canaveral in Florida.

She explained that the first stage of the missile was used for the seventh time. As for the “Falcon 9” missile, it was used by the company for the 100th time.

The missile’s first stage landed after its successful launch on the Of Course IStill Love You floating platform in the Atlantic Ocean.

It is noteworthy that the “Starlink” group of satellites is devoted to covering the entire globe with high speed Internet, thanks to the deployment of a large number of satellites in Earth’s orbit, knowing that the weight of each satellite does not exceed 500 kilograms.

This set of satellites will ensure Internet access at a speed of 1 gigabyte per second, which fits the 5G standard in all regions of the world, including remote areas.

After the completion of the project, the number of satellites for “SpaceX” must reach 11,000 satellites.