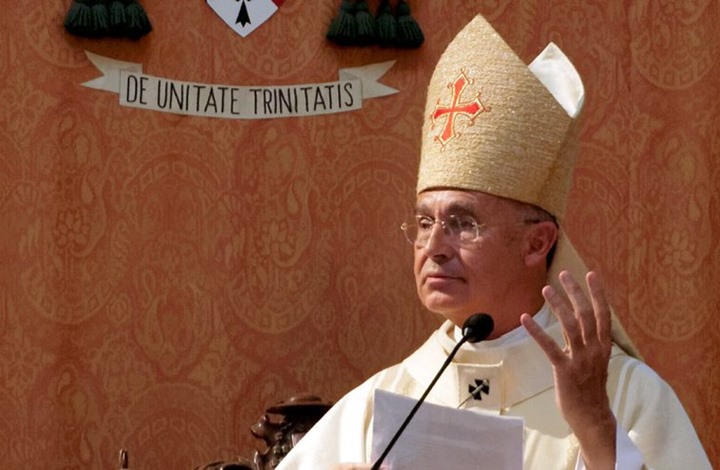 The Archbishop of Toulouse, France, warned that “with these caricatures we sometimes pour oil on the fire,” stressing that “freedom of expression has limits,” according to what was stated in the French magazine L’Obs.

“We cannot continue mocking religions without being punished … and we are now seeing the results of that,” said Robert Lugal.

The bishop, who was speaking to a French radio station, demanded to stop publishing such cartoons, saying, “He must put an end to all this, because these caricatures are against Muslims, and they are also contrary to the Christian faith.”

In his response to the question, “Should we stop publishing these cartoons, especially in schools?”, The bishop said, “I certainly think so .. We see the consequences. We are pouring oil on the fire to escalate matters after that, because freedom of expression has limits like all freedoms. It was better for us to defend the values ​​of the republic based on brotherhood. “

The bishop has come under harsh criticism from some French politicians who see freedom of blasphemy as an integral part of freedom of expression. The Socialist President of the Haute-Garonne County Council, Georges Merrick, considered that “this declaration constitutes a step backward in the process of secularizing the Catholic religion.”

The French magazine L’Obs reported that another statement by the Bishop of Nice, Monsignor André Marceau, whose city was burdened with the attack that left 3 people dead in the Church of Notre Dame, would anger some, as he also said in an interview with the Nice Matin newspaper, “I am not Charlie.” He defends the freedom of expression which he considers “sacred in France”.

And he said literally: “No, I am not Charlie, I am André Marceau! Let us leave each of us the freedom to be himself with his convictions, these drawings do not concern me .. Of course, freedom of expression is sacred in France, but let each of us assume his responsibility, there are identities that cannot be To mock it unnoticed. “