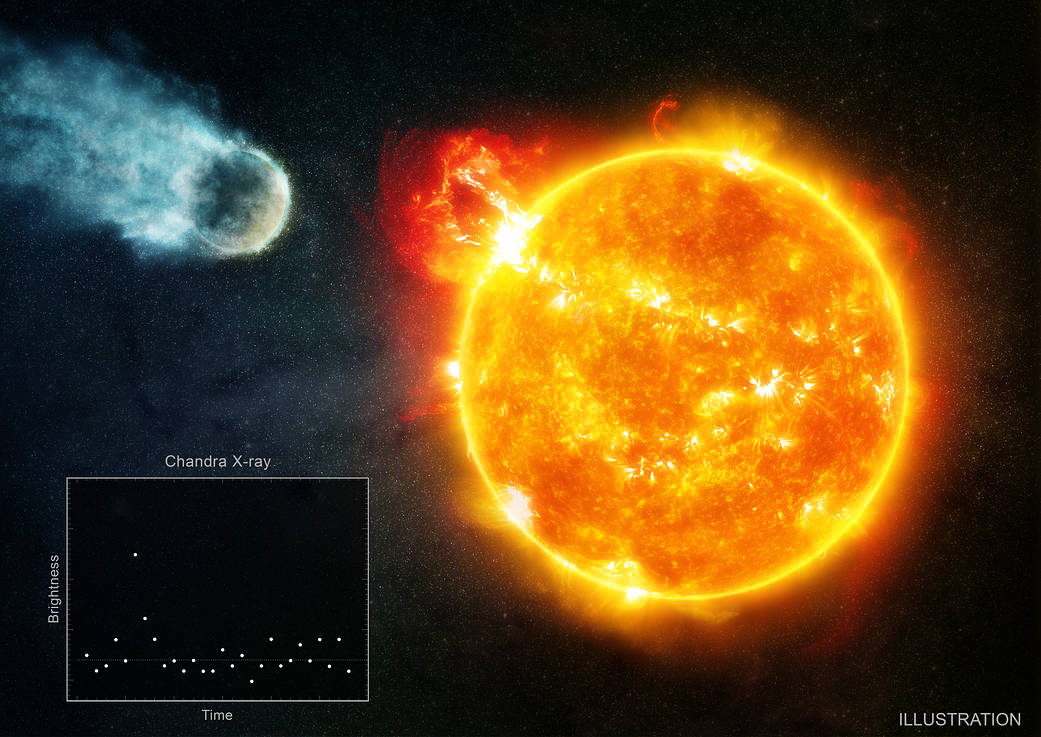 Planets orbiting close to the most abundant and longest-lasting stars in our Milky Way may be less hospitable to life than previously thought.

A new study by NASA examined the red dwarf called Barnard’s Star, which is about 10 billion years old, more than twice the current age of the Sun. Red dwarf stars are much cooler and less massive than the Sun, and are expected to live much longer lives because they do not burn through their fuel as fast. Barnard’s Star is one of the closest stars to Earth at a distance of only 6 light-years.

Young red dwarfs, with ages less than a few billion years, are known as strong sources of high-energy radiation, including blasts of ultraviolet light and X-rays. However, scientists know less about how much damaging radiation red dwarfs give off later in their lifetimes.

The new observations concluded that about 25% of the time, Barnard’s Star unleashes scorching flares, which may damage the atmospheres of planets closely orbiting it. While its only known planet does not have habitable temperatures, this study adds to evidence that red dwarfs may present serious challenges for life on their planets.

“Red dwarfs are the most numerous types of stars, and their small sizes make them favorable for studying orbiting planets. Astronomers are interested in understanding what the prospects are for habitable planets around red dwarfs,” said Kevin France of University of Colorado in Boulder who led the study. “Barnard’s Star is a great case study for learning about what happens around older red dwarfs in particular.”

The research team’s Hubble observations of Barnard’s Star taken in March 2019 revealed two ultraviolet high-energy flares, and Chandra observations in June 2019 uncovered an X-ray one. Both observations were about seven hours long.

“If these snapshots are representative of how active Barnard’s Star is, then it is pumping out a lot of harmful radiation,” said study co-author Girish Duvvuri, also of the University of Colorado. “This amount of activity is surprising for an old red dwarf.”

The team then studied what these results mean for rocky planets orbiting in the habitable zone – the zone where liquid water could exist on a planet’s surface — of a red dwarf like Barnard’s Star.

Any atmosphere formed early in the history of a habitable-zone planet was likely to have been eroded away by high-energy radiation from the star during its volatile youth. Later on, however, planet atmospheres might regenerate as the star becomes less active with age. This regeneration process may occur by gases released by impacts of solid material or gases being released by volcanic processes.

However, the onslaught of powerful flares like those reported here, repeatedly occurring over hundreds of millions of years, may erode any regenerated atmospheres on rocky planets in the habitable zone. This would reduce the chance of these worlds supporting life.

Because of these surprising flare findings, the team considered other possibilities for life on planets orbiting old red dwarfs like Barnard’s Star. Although planets in the traditional habitable zone may not be able to hold onto their atmospheres because of flares, astronomers can extend their searches for planets out to greater distances from the host star, where the doses of high-energy radiation are smaller. At these greater distances, it is possible that a greenhouse effect from gases other than carbon dioxide, such as hydrogen, allows liquid water to exist.

Planets beyond the orbit of the Sun are also known as exoplanets. More than 4,000 exoplanets have been confirmed so far, and many of those identified orbit red dwarfs. Understanding what makes planets habitable is of interest to scientists in the field of astrobiology, which studies how life originated on Earth and where it might exist in the solar system and beyond.