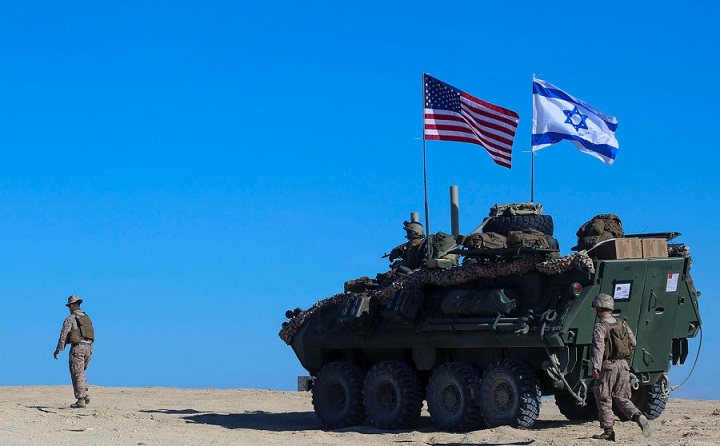 In recent weeks, the Israeli political leadership has instructed the military to prepare for a US scenario of action against Iran before President Donald Trump leaves the White House.

According to what was reported by the Israeli website “Wah”, citing senior Israeli officials, Defense Minister Benny Gantz spoke twice in the past two weeks with Acting US Defense Secretary Christopher Miller, and discussed with him the Iranian file, the situation in Syria and the security memorandum of understanding between Israel and the United States.

Israeli officials have said that if the Trump administration moves against Iran, Israel is expected to receive advance warning. However, due to the great uncertainty, the army was instructed to ensure complete readiness.

The website added that the fear in Israel is that in the event of an American attack, the Iranians may respond militarily to Israel directly, through groups loyal to Iran in Syria or “Hezbollah”.

According to the report, Vice President Mike Pence, Secretary of State Mike Pompeo and other senior government officials told Trump that this would lead to a regional escalation.

A few days after the report was published in the “New York Times”, US Secretary of State Mike Pompeo visited Israel and the Gulf states. During the visit, US officials in the entourage said that as far as the Trump administration is concerned, “all options remain on the table” with regard to Iran.

While Pompeo was in the Gulf, the US Army Central Command, responsible for the Middle East, announced a surprise exercise during which strategic B-52 bombers were launched. These bombers are capable of carrying giant bombs that penetrate the bunkers that have been created for the scenario of bombing Iran’s underground nuclear facilities.

A statement issued by the US Army Central Command stated that “the aim of the exercise is to deter aggressive elements and express support to the allies of the United States in the Middle East.”