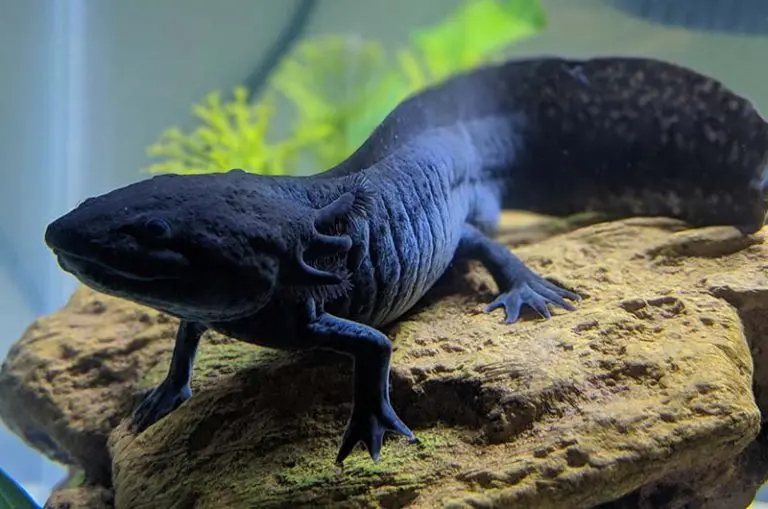 Also known as the Mexican walking fish, Axolotls are a type of salamander, but unlike salamanders, they do not routinely undergo metamorphosis from the larval (with gills) to adult form and remain aquatic their entire life.

Axolotls can be found in a variety of colors including black, grey, golden, albino, white with black eyes, and other colors.

The species was originally found in several lakes, such as Lake Xochimilco underlying Mexico City. Axolotls are unusual among amphibians in that they reach adulthood without undergoing metamorphosis. Instead of developing lungs and taking to the land, adults remain aquatic and gilled.

“It regenerates almost anything after almost any injury that doesn’t kill it,” said Parker Flowers, postdoctoral associate in the lab of Craig Crews, the John C. Malone Professor of Molecular, Cellular, and Developmental Biology and professor of chemistry and pharmacology.

If scientists can find the genetic basis for the axolotl’s ability to regenerate, they might be able to find ways to restore damaged tissue in humans. But they have been thwarted in the attempt by another peculiarity of the axolotl — it has the largest genome of any animal yet sequenced, 10 times larger than that of humans.

The advent of new sequencing technologies and gene-editing technology has allowed researchers to craft a list of hundreds of gene candidates that could responsible for regeneration of limbs. However, the huge size of the axolotl genome populated by vast areas of repeated stretches of DNA has made it difficult to investigate the function of those genes.

Lucas Sanor, a former graduate student in the lab, and fellow co-first author Flowers used gene editing techniques in a multi-step process to essentially create markers that could track 25 genes suspected of being involved in limb regeneration. The method allowed them to identify two genes in the blastema — a mass of dividing cells that form at the site of a severed limb — that were also responsible for partial regeneration of the axolotl tail.

Flowers stressed that many more such genes probably exist. Since humans possess similar genes, the researchers say, scientists may one day discover how to activate them to help speed wound repair or regenerate tissue.