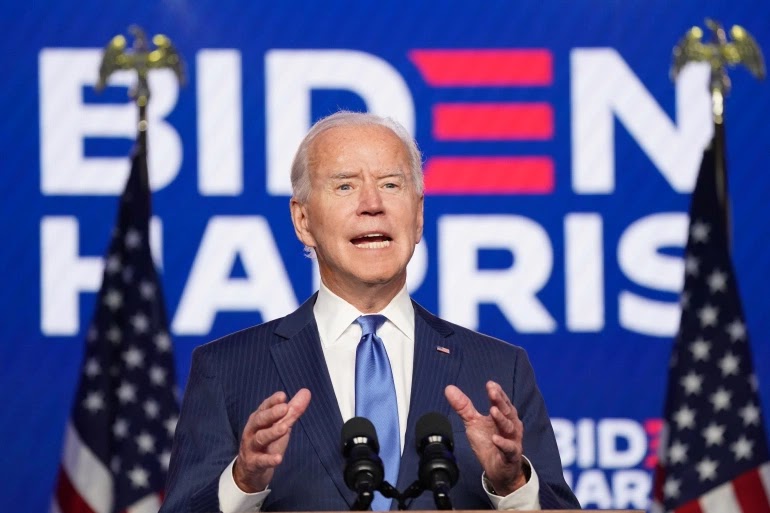 US media reported that the Democratic candidate, Joe Biden, is the 46th president of the United States of America, but his opponent, outgoing President Donald Trump, said that the elections have not been decided yet.

NBC, the New York Times and the Associated Press confirmed Biden’s victory and surpassed the required difference with his rival Trump in Pennsylvania, which is 35,000 votes.

By beating his rival, Trump, in Pennsylvania and Nevada, Biden had 290 votes in the electoral college, which requires only 270 for a candidate to win the presidential race in the United States of America.

In a series of tweets, Biden said, “I am honored that you have chosen me to lead our great country,” adding, “Our work will be difficult and I will be the president of all Americans.”

He explained, “With the end of the campaign, it is time to leave the raging rage behind us and unite as a nation,” stressing that “it is time for America to gather and bandage its wounds.”

And the 77-year-old former Vice President Barack Obama said that the record participation in the elections despite “unprecedented obstacles” is “new evidence that democracy is beating strongly in the heart of America.”

“We are the United States of America. There is absolutely nothing we cannot do, if we do it together,” he said.

For her part, US House Speaker Nancy Pelosi said that Biden’s election dawned a new day of hope in America.

In turn, Senate Democratic Minority Leader Chuck Schumer said Biden would be a great president for all Americans.

In this context, Kamala Harris – who changed her profile on her Twitter account to the Vice President-elect – said, “Much work awaits us and we will start with it soon.”

Senator Bernie Sanders congratulated President-elect Biden and called on him to form a government that would work for everyone.

From Delaware, where Biden’s campaign is based, Al-Jazeera correspondent Muhammad Moawad said that there are tight security measures and road closures in the region, and Biden is expected to deliver his speech at 8:00 EST, but Harris – who is the first woman to reach this position – will deliver her speech. Before that.

Crowds flocked to the perimeter of the White House in central Washington, chanting and honking car horns to celebrate Biden’s victory in the presidential election.