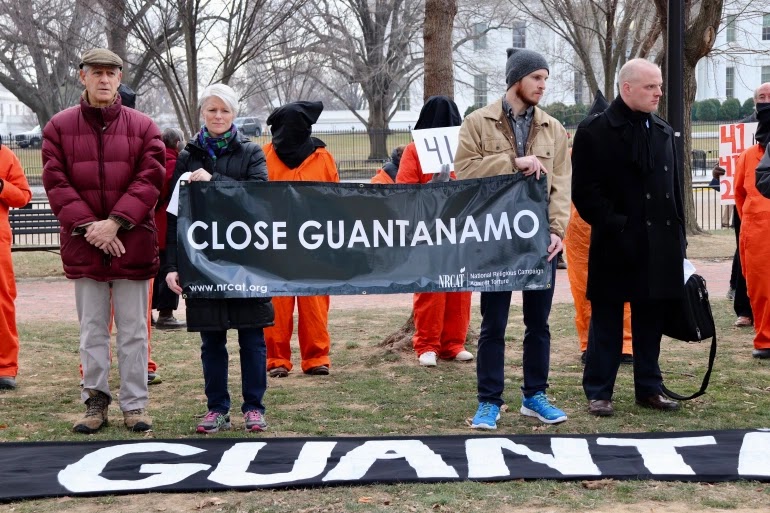 Before Joe Biden won the US presidential elections, he was asked during this year’s election campaign about the idea of ​​closing the Guantanamo Bay prison. His campaign responded with a statement saying that Biden “still supports the closure of the detention center,” indicating that it “undermines US national security because it promotes recruitment.” Terrorists, it also goes against our values ​​as a state. “

The issue of closing the prisoner does not seem to concern Biden or his new team, except that Biden pledged – as stated in an article published a few months ago in Foreign Affairs – to take “immediate steps to renew democracy and US alliances, strengthen democratic institutions, and confront Countries in which democracy is regressing, and the formulation of a common agenda, “with which the prisoner remains open represents an obstacle to restoring America’s global leadership and rebuilding confidence in its new leadership.

Twenty years ago, the administration of former President George W. Bush used the Guantanamo prison in southeast Cuba, temporarily, as a detention center for those accused of committing terrorist acts against the United States after the start of the war in Afghanistan, which Washington launched after the events of September 11, 2001.

To this day, the prisoner is still present and there are a number of terrorism suspects, headed by Khaled Sheikh Mohammed, accused of being the mastermind of the September 11 attacks.

In 2005, President George W. Bush admitted that the prison was “a propaganda tool for our enemies and a distraction for our allies.”

During his first presidential campaign in 2008, former President Barack Obama pledged to close the prison, and his deputy at the time was Joe Biden.

On the first day of his sentence, on January 21, 2009, Obama issued an executive order for the Central Intelligence Agency (CIA) to stop using torture in investigations, and to close the prison within one year.

And Congress obstructed all efforts by which Obama tried to close the prison. Nevertheless, Obama has made significant progress toward this goal.

His administration has put in place a stringent legal and political process to examine every prisoner and suggest moving some prisoners abroad. When Obama left the White House on January 20, 2017, only 41 inmates remained in detention.

It should be noted that the number of detainees at Guantanamo Bay reached 775 prisoners by the end of 2006. The Bush and Obama administrations have worked to transfer detainees to their countries of origin, release those who are found innocent, or send some of them to a third country.

In 2016, Donald Trump pledged during his presidential campaign to “keep prison open in peacetime and increase detainees in time of war.” During his years in power, none of the Guantanamo prisoners were released.

An easier task for Biden

Closing Guantanamo today requires dealing with the files of only 41 remaining prisoners, and the Biden administration can safely complete this task by realizing the high political price of closing and working to convince Congress of the viability of this step.

Each detainee costs the US Treasury annually at least $ 13 million, according to studies by the Congressional Research Service.

Of the 41 remaining men in Guantanamo, 12 men face military trials and judicial procedures, and 19 men have been detained for periods ranging from 12 to 19 years. They are not facing any charges or trials before the military court.

The US military judicial authorities, which review the conditions of detainees, have agreed to transfer 10 detainees to other countries, and the military courts authority has already authorized the transfer of 5 detainees to their countries of origin, but due to the Trump administration’s intransigence, they were not transferred.

“The Biden administration is well positioned to take concrete steps toward cleaning up the Guantanamo stain on America’s reputation, and restoring American global leadership based on this,” wrote Benjamin Farley, a lawyer for the law of wars at the US Department of Defense, on the Just Security website. Values ​​and freedoms. “

12 years ago, Congress had opposed Obama’s efforts to close the prison, after the White House proposed transferring the remaining prisoners to US soil, which was considered by many members of Congress as a threat to US national security.

But after those years, the image of US national security concerns has changed, and America has not known any major terrorist operations since 2001, and all this provides an opportunity for President-elect Joe Biden to push for the closure of the notorious prison.